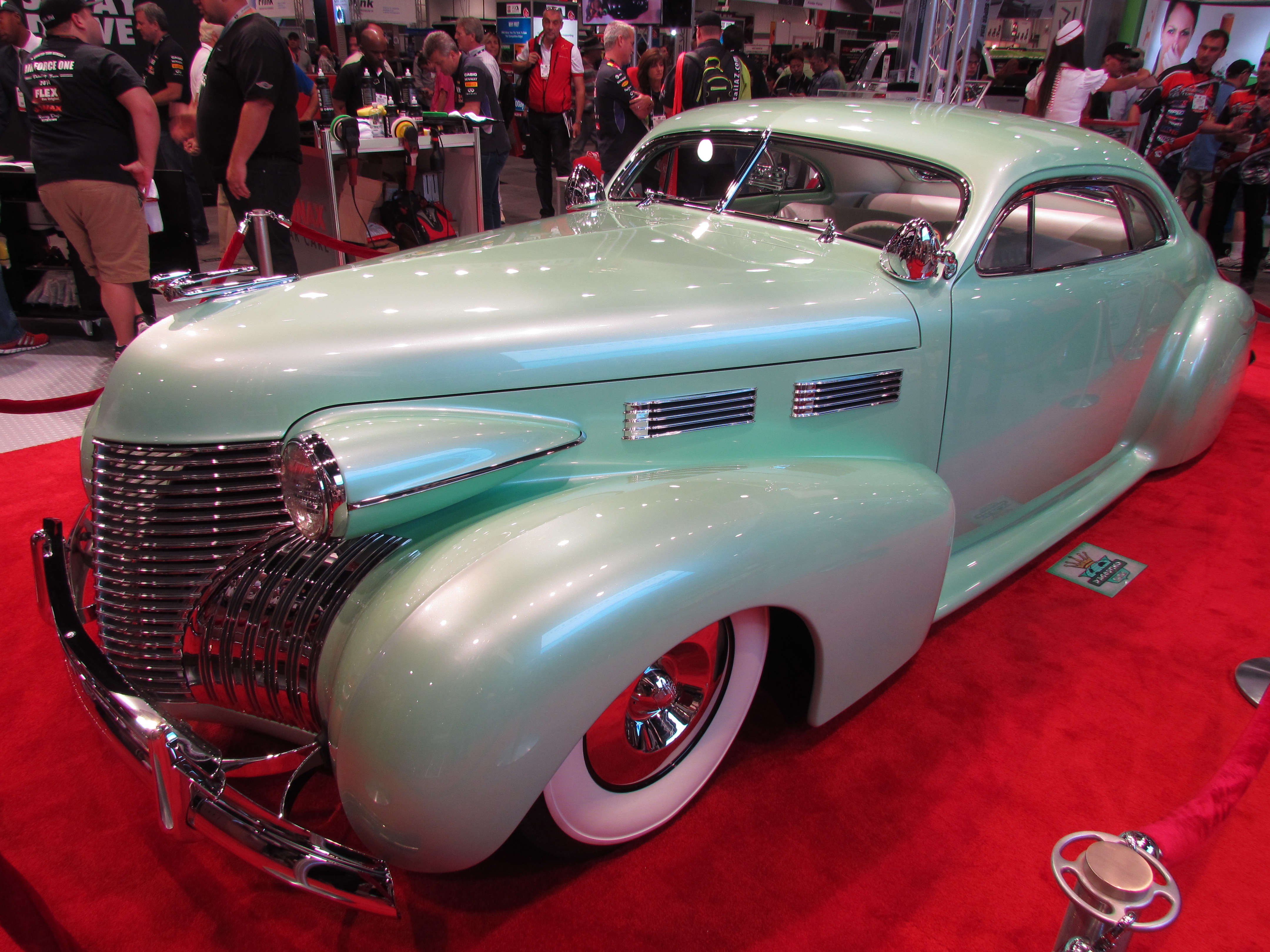 ClassicCars.com’s editorial director Larry Edsall is among the staffers attending the annual Specialty Equipment Market Association (SEMA) Show this week. In addition to checking out the newest in vehicle customization, preservation and restoration supplies, one of his duties is to post a classic car of the day. Here is his selection from among the cars he saw Wednesday:

I wasn’t even inside the huge Las Vegas Convention Center when a Cadillac caught my eye early Wednesday morning. The car, a 1956 Coupe DeVille, was parked on the sidewalk just outside the convention center. It was covered in brilliant black paint and was long and lowered (thanks to air suspension) even though it was riding on huge bright chrome wheels.

Just before lunch, another classic and customized DeVille drew my attention, and this one not only had gorgeous black paint but a bright red interior nicely shown off because this 1966 Cadillac was a convertible parked on the convention center patio with its top down.

Back inside the building, a 1963 Eldorado restored in a light golden shade was another good candidate. But then I saw Sophia and it was love — OK, it was lust — at first sight.

Sophia is the name of John D’Agostino’s 1940 Cadillac Series 62 coupe. The car was built as a tribute to Italian movie star Sophia Loren and is as voluptuous as its namesake.

Princess Diana’s 1985 Ford Escort is up for sale