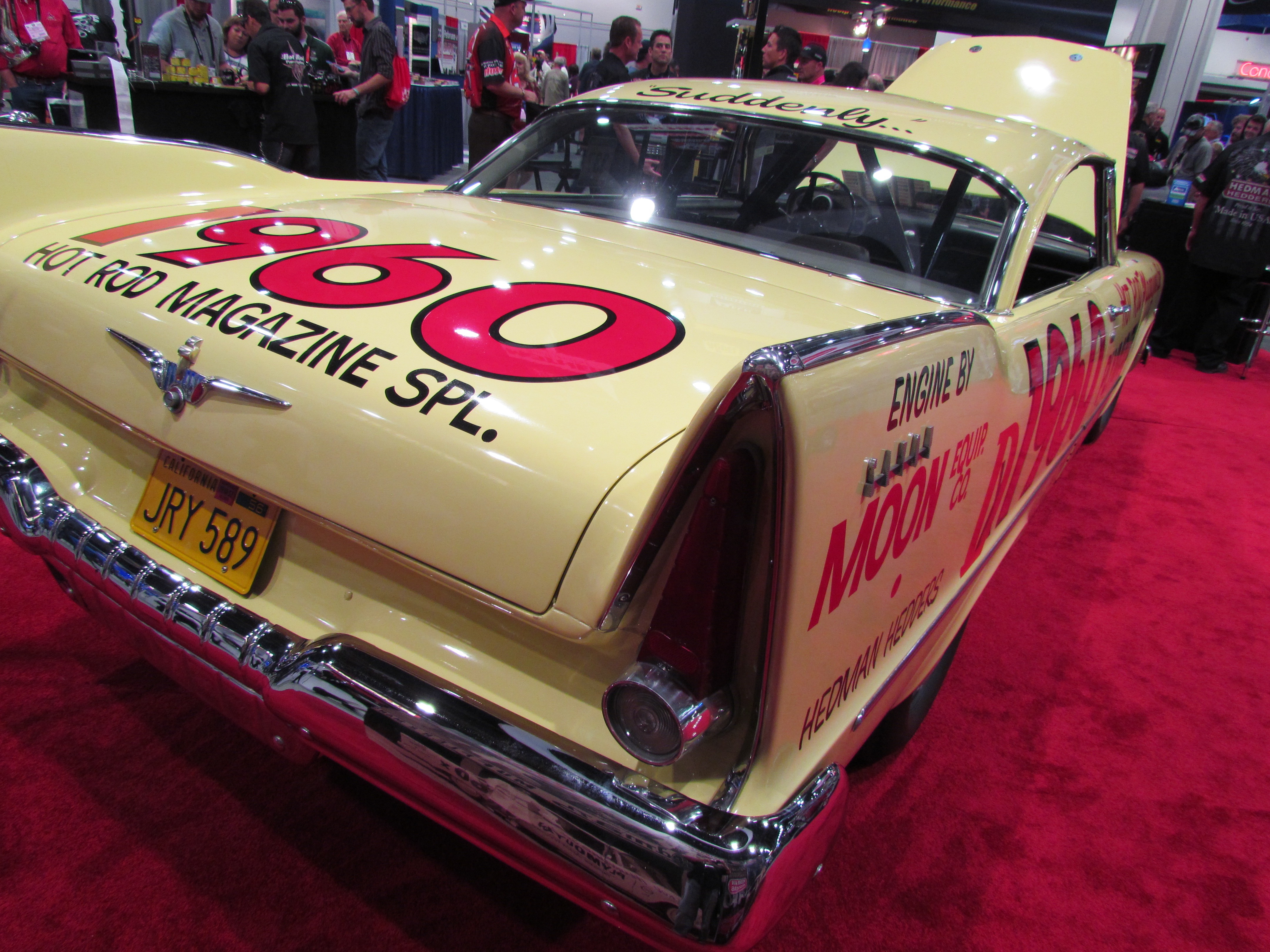 ClassicCars.com’s editorial director Larry Edsall is among the staffers attending the annual Specialty Equipment Market Association (SEMA) Show this week. In addition to checking out the newest in vehicle customization, preservation and restoration supplies, one of his duties is to post a classic car of the day. Here is his selection from the official opening day of the show on Tuesday:

Wally Parks is best known as the founder of the National Hot Rod Association, which means he was the man who got drag racers off the streets and onto the strips. But he also was the first editor of Hot Rod magazine and president of the Southern California Timing Association, and a racer on the area’s dry lake beds.

Because of his connections, Parks and Hot Rod technical writer Ray Brock were able to acquire a 1957 Plymouth Savoy as it rolled off the line at Chrysler’s East Los Angeles assembly plant. Calling themselves the Backyard Racing Team, they borrowed and installed a Hemi engine, bolted on stiffer torsion bars and Firestone racing tires, and sent the car off to Bob Hedman for a one-off set of Tri-Y headers.

As soon as Hedman was finished, Parks and Brock flat-towed the car to Florida to compete in the experimental class at NASCAR’s Daytona Beach Speed Trials. Driving a car they called “Suddenly” in honor of Plymouth’s “Suddenly it’s 1960!” advertising campaign, Parks set a class record with a top speed of 166 miles per hour and another for averaging 161 over the course of back-and-forth runs on the hardpacked sand. (Later that same year, Brock got the car up to 183 mph.)

After its racing career, the car was used as a daily driver and was sold to cam grinder Howard Johansen, whose children drove it to high school. Eventually, the car disappeared. However, Jim Travis, who worked with Parks, built two tribute replicas — one a sedan and the other, like the original, a coupe.

Parks’ son, David, has the coupe and is working with several aftermarket companies to take it to the exact specification of his father’s race car. One of those companies is Hedman Hedders (now Hedman Performance Group), which is celebrating its 60th anniversary at the SEMA Show, where it has the car on display in its booth.

Once the car is back to full racing spec, David Parks’ plan is to run it on the dry lakes of California and the salt flats at Bonneville, Utah.