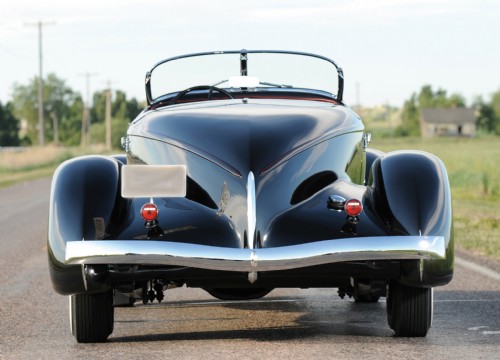 The Dragone family of Westport, Connecticut, was among the pioneers in American car collecting. When Peter Dragone returned from World War II, where he was a decorated U.S. Army aircraft mechanic, he and his three brothers started buying and selling used cars and restoring and selling classics. Before long, Dragone Classic Cars was a well-established business known for museum-level restoration work and for putting such vehicles in the hands of major collators and museums.

A couple of years ago, the family staged its first classic car auction, with a 1931 Duesenberg Model J that had been part of the Blackhawk Collection selling for $1.38 million.

The 2014 Dragone Auction is scheduled October 18 and will offer vehicles such as a 1912 Mercer Raceabout, a 1935 Auburn Speedster owned by the same family since the mid-1950s, and the Mason Thrall Estate Collection, which includes a 1921 Rolls-Royce Silver Ghost Laudaulet formerly owned by the Ellenville Auto Museum, several microcars, various American classics and a variety of muscle cars.

“Without a doubt, this is one of the most eclectic collections of motorcars we’ve ever offered,” Manny Dragone said in a news release.

The Thrall Collection includes cars by Peerless, Packard, Hupmobile, Franklin, Graham, Oakland, Chrysler, and Studebaker, as well as a 1965 Plymouth Barracuda, 1984 Oldsmobile Hurst/442 with only 657 original miles since new, two 427 Corvettes from the 1960s, and a 1969 Ford Shelby GT500 with a 428 Cobra Jet engine.

The highlight of the sale figures to be sale of the Mercer. Another Raceabout sold for $2.5 million on the Monterey Peninsula.

The Dragone news release said the Raceabout being offered on the 18th is a T-head Mercer formerly owned by Webster Knight of the “Fruit of the Loom” clothing company. Knight sold the car to East Coast department store owner Edward Malley.

In 1944, Schlitz Beer heir David V. Uihlein asked Alec Ulman, a prominent car guy and future founder of the 12-hour race at Sebring, to find him a Raceabout and Ulman brokered the deal that brought the car from Malley to Uihlein, whose family owned the car for more than 60 years.

The consignor at the Dragone auction bought the car from the Uihlein estate. The Dragone description says the car is perhaps the most original in existence, and points out that it still carries its original factory-installed Fleetcher carburetor.

For more information on the sale, visit the Dragone website.