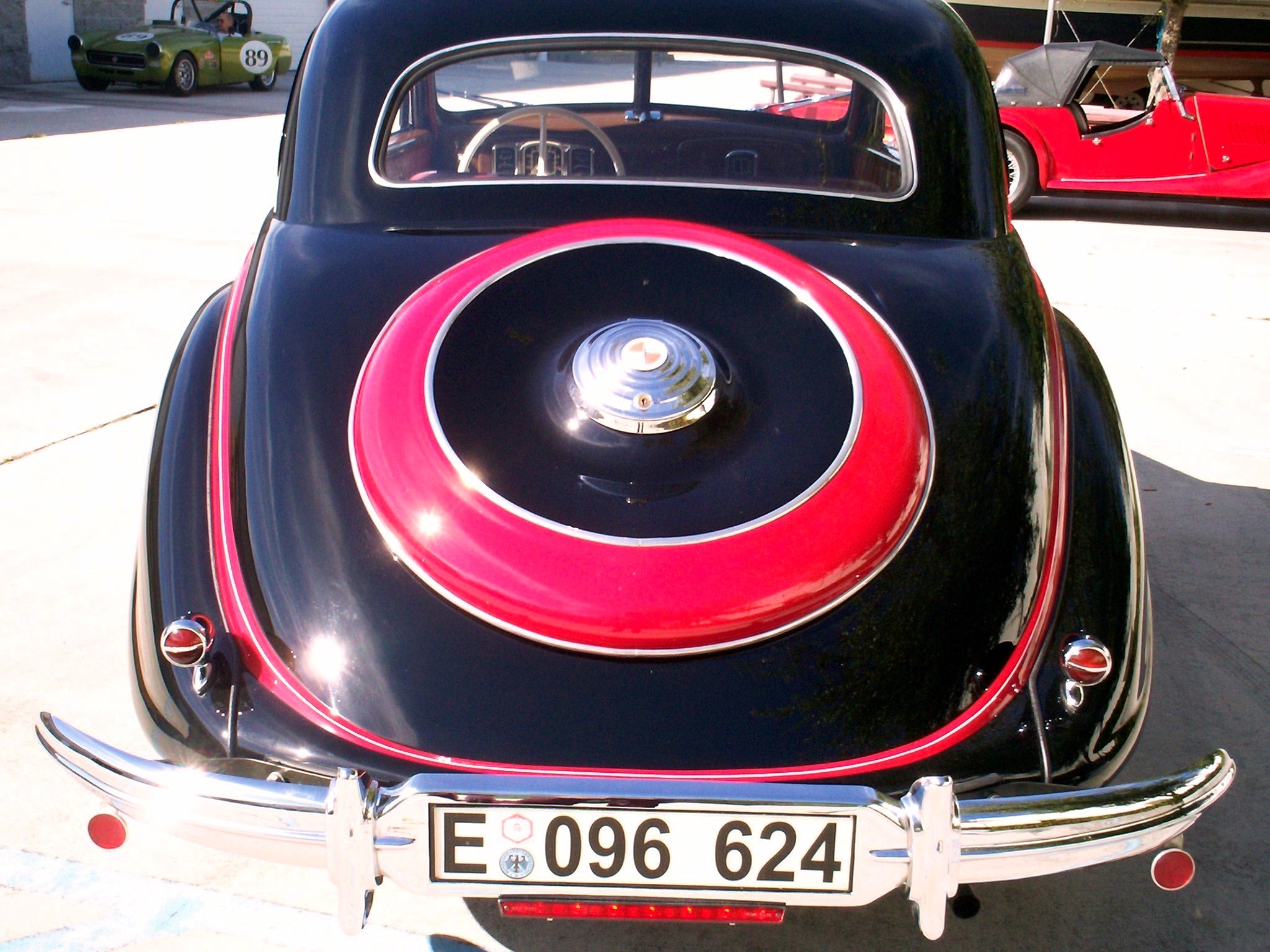 We, as decent human beings, have a need to sympathize with the under dog, the wounded, so to speak. Just imagine life after WW II. A relatively small BMW car manufacturing plant finds itself on the wrong side of the divide. East Germany emerges as a Soviet state, dictated by Communism. West Germany is controlled by the French, British and Americans. Thoughts in Germany quickly turned to building cars. This was difficult for BMW because its factories at Eisenach were now in the Russian zone, forcing it to start again in Munich, West Germany, years later.

The Russians and East Germans annexed the BMW factories and started to make the pre-war types 321, 340 and 327. Production continued thru 1955, when the factory started to make its own models such as the Wartburg.

The Russian occupants of the Eisenach plant were subdued by the charm of the BMW brand (Bayerischen Motoren-Werke). As the Munich factory was not producing cars yet, all “BMWs” made from 1945 to 1951 are Eisenach products. After a lawsuit in 1952, the Soviets had to change the name to EMW (Eisenacher Motoren-Werke). The blue/white BMW logo became a red/white EMW logo.

The 327 was designed to accommodate the customer who wanted “style” along with four-passenger accommodations. This coupe happens to be No. 144 of just 152 built between 1953 and 1955. With a 1,971cc six-cylinder power-plant, it was considered a true driving machine. Very stylish, the EMW coupes can credit the pre-war BMW motorcars for timeless beauty. Only a small number of cars have been designed in such an artful way that even decades after they have been launched they seem to defy any notion of age.

The very first 1953 coupe went to Belgium. In 1955 the last 327/3 coupes left the plant. As legends go, one of those last cars was ordered by the Belgium king, whereas the great writer Bertold Brecht, who then led the Berlin Ensemble Theater, bought one for himself.

One of the last cars was bought by an achieved doctor of a hospital in Chemnitz for 18,590 Eastern Mark. As in comparison, a senior trader in a responsible position could earn about 400 Eastern Mark per month. Needless to say, the doctor was met with “respect and surprise” on various road trips to Western Germany and Austria.

Flawless elegance is the trademark sign of this coupe. The skeleton of the body is a wooden frame covered by hammered tin. The doors are steel. The six-cylinder engine is rated at 55 horsepower. Four-speed manual transmission, dual A-arms with torsion bar front suspension, and four wheel drum brakes were standard.

I purchased the car in November 2008. A full restoration was done in 2006 in Europe. I believe this to be the only 327/3 in the United States and is likely one of the best quality to be found worldwide.

“It was love at first sight… I knew ‘Emma’ was destined to be my little fraulein.”