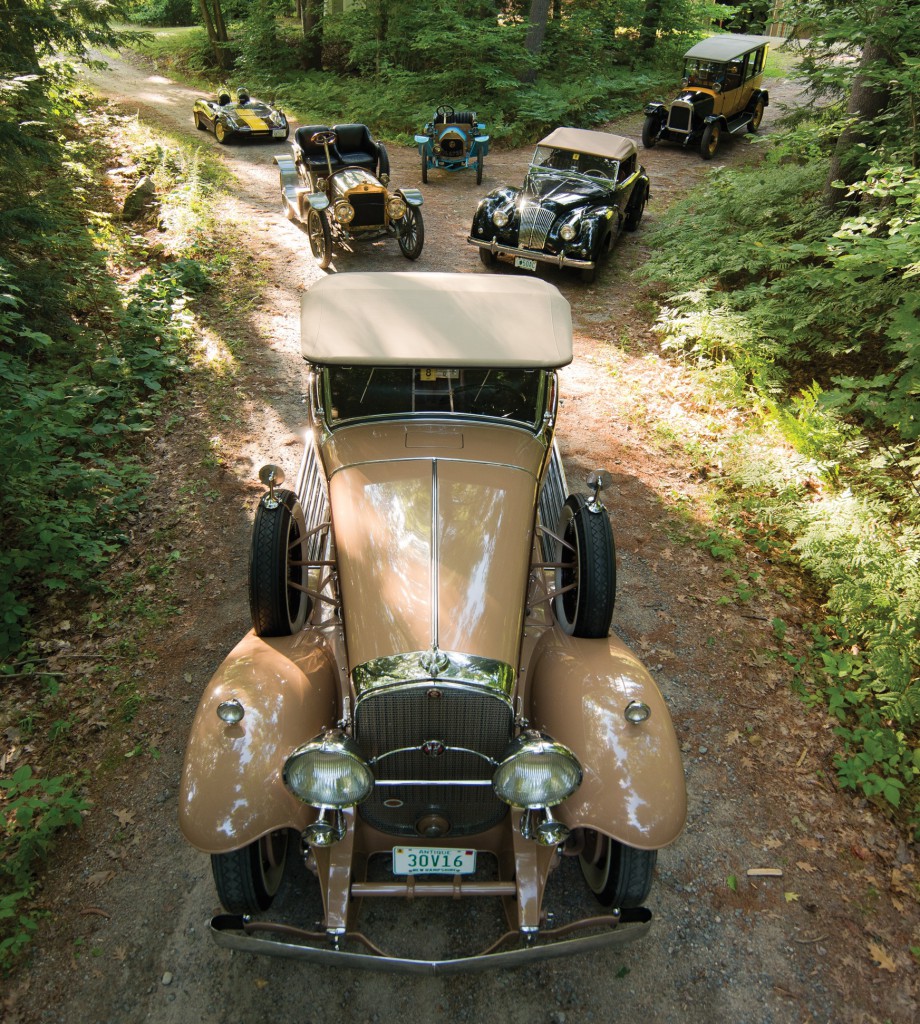 The Cars of John Moir Jr. will include 37 vehicles, many of them part of Moir’s unique A-to-Z Collection. More than 50 cars also will be offered from the Jeffrey Day Collection, which focused on vehicles produced by the Ford Motor Co.

“John Moir’s journey is unique among the collectors I’ve known,” RM car specialist Don Rose said in a news release previewing the sale. “A towering figure in the AACA world and beyond, he is a modest New Englander at heart, brought up to respect family history and fine machinery.

“Filling out the alphabet (the A-to-Z Collection) was not merely a conceptual exercise,” Rose added. “Although it highlights a connoisseur’s taste for the unusual, each has a story, as well as engineering that resonated with John. We are honored to be working with him as he prepares to offer one of his life’s great passions to the world.”

Offered without reserve is Moir’s A-to-Z Collection, which run s from A 1912 Auto-Carriers Delivery Box Van to a 1910 Zebra Type A Runabout.

And, yes, Moir found cars for all the letters of the alphabet, including Q (a Queen), X (a Xanthos) and Y (a Yellow Cab).

It was Moir’s late wife, Heather, who noticed he had cars whose names started with A, B and C and joked that he might consider a complete alphabet collection. Her joke became his serious pursuit.

At the RM auction, the cars will cross the block in alphabetical order.

Some of the cars have long Moir-family history, including a 1930 Cadillac V16 roadster, that has been owned by the family since 1933. Also being offered are a 1950 AC 2-Litre Buckland Sports Tourer that was John Moir’s first car, a 1911 Brasier 11/15 HP Runabout that was his father’s first car, and a 1963 Studebaker Avanti that was Moir’s wife’s second car; all three of those cars were purchased new by the Moirs.

In addition to the alphabet and family cars, the Moir offerings will include a set of AC Cars “Master Class,” which RM calls “landmark models from one of the world’s oldest manufacturers.” Those cars include a 1958 AC Ace-Bristol and a 1958 AC Aceca-Bristol.

“We’re honored to offer the Cars of John Moir and the Jeffrey Day Collection without reserve at our upcoming Hershey sale,” Duff said. “Each group represents decades of careful acquisition and we’re delighted to have the privilege to present such prized possessions. There is no better place to offer the John Moir and Jeffrey Day Collections than Hershey, a destination that is well-known and supported by both collectors.”

The Jeffrey Day Collection includes 50 vehicles collected during a 15-year period when Day sought “best of category” examples of Ford products. They range from a 1930 Model A pickup to a 1969 Mustang Mach 1 Cobra Jet, as well as a glass-roofed 1956 Fairlane Crown Victoria Skyliner with factory air-conditioning and a trio of Thunderbirds, including one of the first 1957 E-Code cars.

Also included are several cars with long Day-family history, including a 1959 Mercury Park Lane convertible purchased new by Day’s father, and a 1860 Abbott Downing stagecoach owned by Day since 1971. Day also has owned a 1930 Model A DeLuxe Phaeton in the sale since the 1970s.