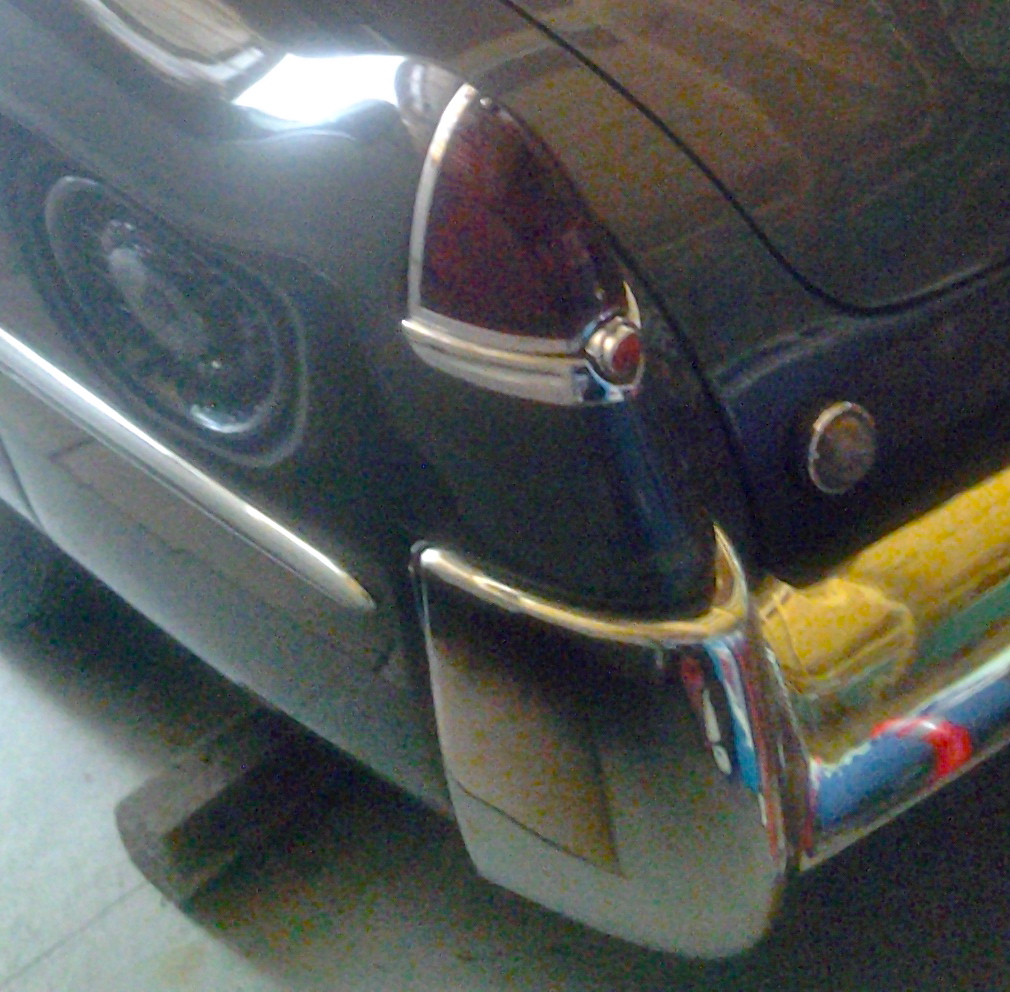 In June of 1973, I went to a local car show that was held at the Sloan Museum located in Flint Michigan. I really had a good time seeing all the different cars and trucks that were there and decided that I wanted an old car to fix up and take to the next year’s show.

I was 13 at the time and had saved up some cash from mowing yards, snow-blowing sidewalks — and my parents owned a motel so I would pick up food at the local dinner and deliver it to the guests; I got a $10 tip from the TV star “Down Town” Charlie Brown.

So I started searching Flint for my project. I found a lot of old Buicks and Chevys but they just did not do that much for me.

After looking for about two weeks, I was going over to a friend’s house and, just before I made the turn down his street, there it was the most beautiful site I ever laid eyes on — a 1949 Cadillac 61 Sedanette.

I had no idea what it was from a distance, but when I good and close I saw the Cadillac badge.

The car was behind a Shell and tire store with a FOR SALE sign.

My lucky day! The guy that owned it worked at a pizza place down the road so I rode my bike down there and he said he would sell it for $500. I gave him $20 and said I would have to get my Dad so he could drive it home.

So I got my Caddy, got some Black Magic and did some filling on the front fenders, pulled the chrome and decided that I was over my head so in ’74 I had the car painted.

I missed taking the car the ’74 Sloan Summer Fair (which is still going strong) but in ’75 I won second place.

In 1977, and now with a driver’s license, I bought a Chevrolet Camaro so the old Caddie got put in a barn on our farm and did not see the light of day until the spring of 1992.

Some moisture had got to the motor so I had it rebuilt, and a buddy of mine totally disassembled the body and, after a year and a half painting the car, it looked like new.

I continued taking the car to Sloan and in 2002 and a rep from the Meadowbrook Concours asked if I would be interested in showing the car if the organization voted to accept it. Well, the car got invited and received a best in class blue ribbon and a Lions cut-glass award.

Since then the car gets out once or twice a year.

After 41 years of ownership, I still remember the first time I laid eyes on it.