The shrine and the science of cars and karst 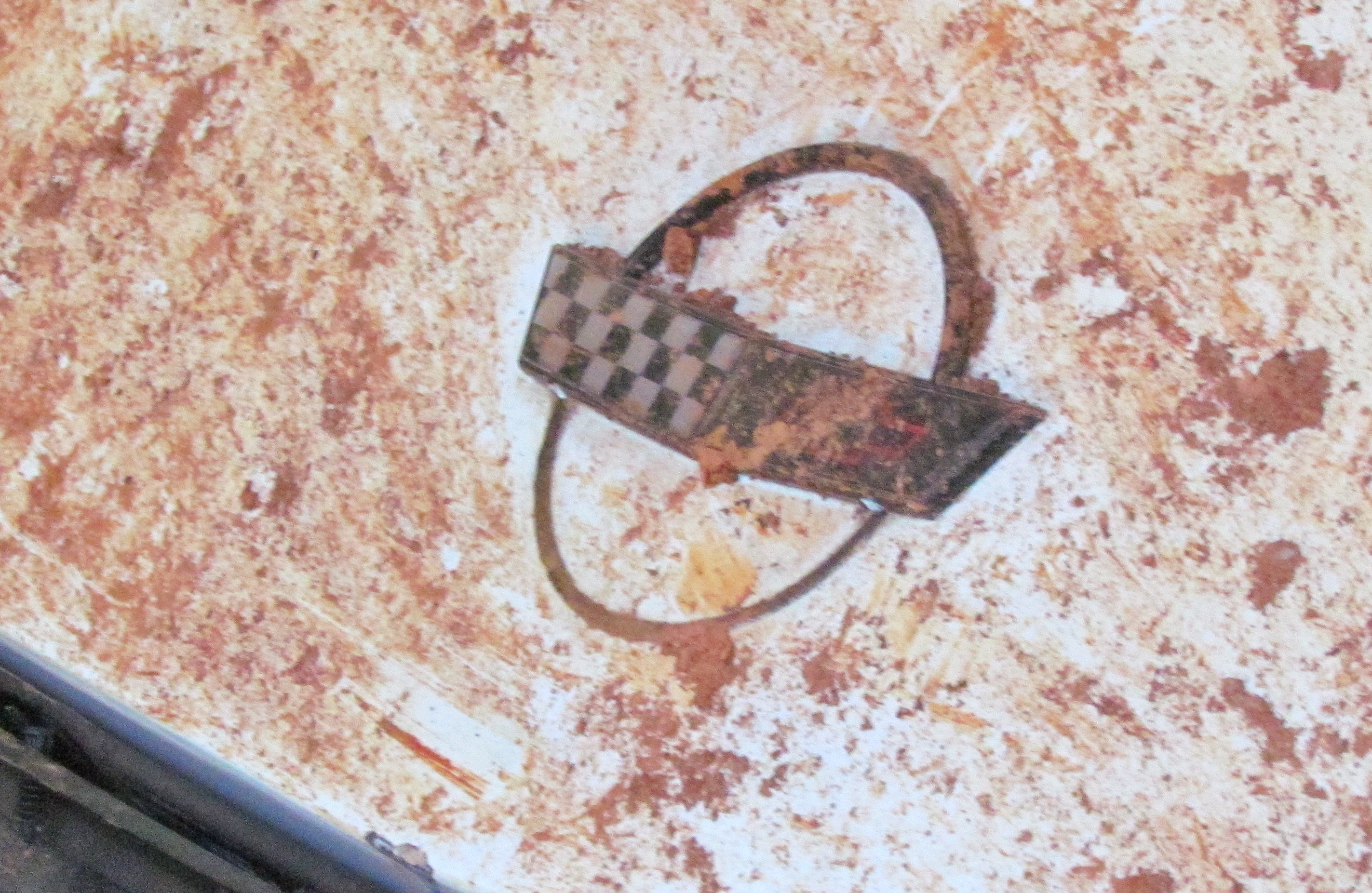 The faithful, some of whom had waited in line for more than an hour, enter the domed structure as though they are walking into a cathedral or patriotic shrine. They speak to each other in hushed volumes. Conversations are quiet. Some eyes look up. Most focus on the floor — or seek a view even lower, as if peering into a grave.

But this room isn’t a church or military cemetery, though for those gathered here over the Labor Day weekend, it has become a hallowed place.

This is the Skydome at the National Corvette Museum, located on the north side of Bowling Green, Kentucky. During the Labor Day weekend, thousands of Corvette owners came to celebrate the 20th anniversary of the museum dedicated to their favorite car, and for the opening of the museum’s new motorsports park, which is located just across the interstate highway.

But they also came to gaze into the abyss, to see for themselves the sinkhole that had opened beneath the Skydome and swallowed eight of the Corvettes that were on display in a structure that housed the Corvette Hall of Fame.

“The history of our beloved museum changed forever on February 12,” said Lon Helton, a museum board member, country-music magazine publisher and host of the weekly Country Countdown USA radio show.

The museum’s board and staff, working with architects, engineers, construction and geology experts, had hoped to preserve part of the sinkhole so visitors in the future could have the same sort of experience as the anniversary guests were getting, could gain a personal perspective of the scope of what happened.

One plan even called for putting two of the cars, too damaged to be restored, back into the hole to provide “you are there” context.

But such a restoration effort proved simply too expensive, and to be safe from further collapse, it would require so much supporting structure that too little of the natural look of the sinkhole would remain.

Instead, the Skydome and sinkhole will remain as is only through early November. Then, the hole will be filled, the cars (those not damaged) will return and the Hall of Fame plaques will go back up on the walls. Three of the cars that fell into the hole but were not so severely damaged will be restored and put on permanent display, along with the other five cars that were wrecked beyond repair, to show what happened.

But what did happen? Why did a hole more than 200 feet long, 40 feet wide and 90 feet deep suddenly open beneath the Skydome?

As Helton put it, two days after the hole opened, “I heard a word I’d never heard before — karst.”

Helton and many others may have never heard the word karst, but Jason S. Polk knows about as much as anyone can about that word.

“When cars met karst, it made grown men cry,” Polk said during a presentation during the museum’s anniversary weekend.

Polk added that while some were crying over the damage, he was crying because he had to wait to get down into the hole to examine it. Polk is a professor of geology and geography at Western Kentucky University, which is known for its expertise on caves and sinkholes and such.

Karst, the professor explained, is a landscape pockmarked by sinkholes and springs and underlaid with caves, aquifers, sinking streaks and underground rivers. Some 15 percent of the Earth’s ice-free landmass can be defined as karst, and that area is the home of 25 percent of the world’s population.

Mammoth Cave is located just north of Bowling Green and is the world longest known karst formation, stretching and twisting and turning some 400 miles below the surface.

The professor said most karst sinkholes show themselves as nothing more than “gentle depressions.” But sometimes, he said, they produce “big, sudden, catastrophic holes like at the museum.”

And like tornadoes in Kansas and hurricanes in Florida, karst events are something people living in certain areas need to know about and prepare for, he said. In fact, on the morning of February 12, “I was having a breakfast meeting with the City of Bowling Green on its karst-readiness campaign.”

But his cellphone rang and “we didn’t have breakfast — or lunch or dinner,” said Polk, who spent that day — and many more to follow — at and eventually beneath the museum.

While the sinkhole was a catastrophe for the museum, there was a silver lining in significant increases in visitors and donations. The professor said the sinkhole also provided several first-time opportunities for the scientific and construction communities.

For example, WKU engineering students had been working on a quadcopter, a remote-controlled and camera-carrying drone that, they thought, would be useful in exploring sinkholes. The Skydome sinkhole provided the first real-world use for that device.

To stabilize the ground after a major sinkhole such as the one beneath the Skydome, construction teams drill holes and pour concrete micro pilings. When Polk and two of his graduate students finally got into the hole, they brought back the first below-ground photographs of those pilings for engineers to examine and to see how the structures really work.

Polk and his students also used laser-measuring devices to determine the precise dimensions of the hole, which was much larger than anyone expected — it was 220 feet long, 40 feet wide and as much as 90 feet deep.

At the same time, new microgravity technology, developed at WKU, was being used above the ground to do another set of measurements. Polk said that when the maps made from below and above ground were overlaid, they were identical — both showed the same dimensions of a boomerang-shaped void — proving that the microgravity technology works and can be used before structures are built over potential sinkholes.

Actually, he added, the catastrophe beneath the Skydome wasn’t a traditional sinkhole but the collapse of the roof of a large cave. He said that when the museum was built, there was no technology that could have determined the size or depth of the unknown abyss that was lying beneath.

He also said that he and his students found no evidence of moving water within the hole. Had there been such an underground stream, refilling the hole and rebuilding above it would not have been a viable option.

Polk reminded his audience that it was fortunate that as valuable as they are, only the Corvettes were damaged. Last year, he was called to Florida to help search a sinkhole that swallowed a home and killed that home’s occupant.

While most Corvette museum visitors come for the cars, Polk said he had been in the building daily for three weeks before he actually noticed there were any cars on display.

“My interest was the dirt, the soils,” he said.

But then one day he took some time and walked around and saw the cars and other displays, and realized they were pretty cool, too.

Pick of the Day: 1950 Buick Roadmaster