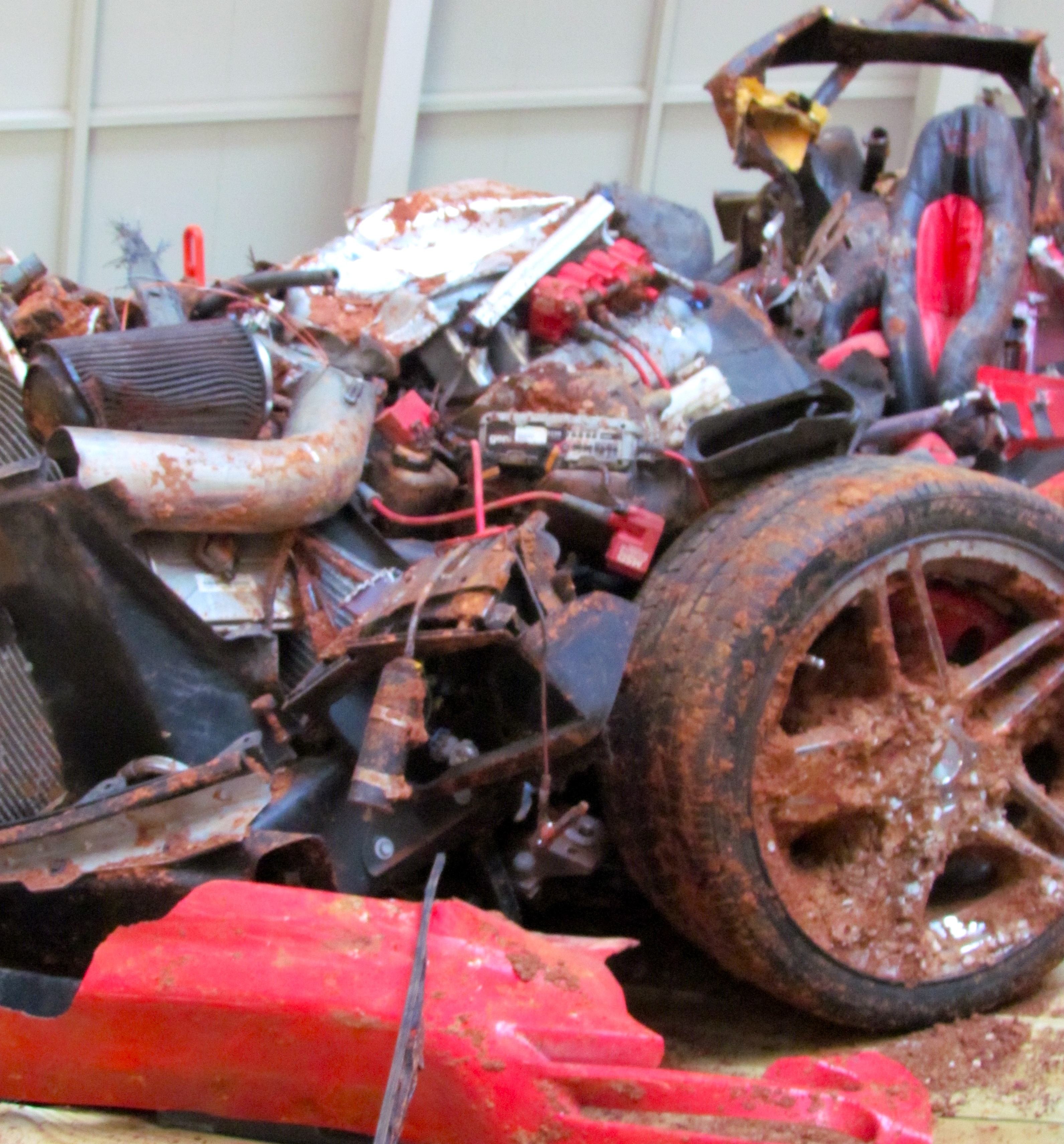 Despite hopes of keeping at least a portion of the sinkhole beneath the Skydome at the National Corvette Museum available for viewing, the museum board decided Saturday that the cavern will be filled.

“We really wanted to preserve a portion of the hole so that guests for years to come could see a little bit of what it was like,” Wendell Strode, the museum’s executive director, said in a statement after the board meeting, “but after receiving more detailed pricing, the cost outweighs the benefit.

Strode said that when the board met in June, “The information available at that time indicated a cost of around $500,000 to keep the hole, but after incorporating additional safety features and vapor barriers for humidity control, the price tag rose to $1 million, more than the cost to put the Skydome back how it was.”

In a news release after the board meeting Saturday, the museum said that keeping even a portion of the sinkhole open for viewing would “require 35-foot retaining walls to be built inside of the sinkhole, additional micro piling, visible steel beams running through the hole, and soil nailing. All of these additional structural features are to ensure the safety of the sinkhole and prevent cracking and breaking of the sides in the future, which could result in stability issues, but take away from the natural look of the original sinkhole.

“The board also considered future maintenance issues that could arise if the hole was kept and the possibility that the hole wouldn’t look like a naturally occurring sinkhole any longer.”

Because of the interest in “our new attraction,” the board decided to continue to allow visitors inside the Skydome through a Vets ’n Vettes event November 6-8. Afterward, the hole will be filled and the Skydome restored to its previous configuration as a display area for important Corvettes and for the plaques of the members of the museum’s Corvette hall of fame.

The board and Chevrolet also agreed to restore three of the damaged cars — eight Corvettes were swallowed by the sinkhole on February 12.

Chevrolet will restore the 2009 Corvette ZR1 prototype, known as the Blue Devil, and the 1-millionth Corvette to roll of the assembly line – a white 1992 convertible. The GM Heritage Center will oversee the process.

In addition, the restoration of the 1962 Corvette will be funded by Chevrolet, but will be handled by the museum at a restoration shop that has yet to be determined.

The other five cars were deemed too badly damaged to justify restoration. However, they will continue to be displayed at the museum as part of an exhibition that will “preserve the historical significance of the cars and what happened on February 12, 2014.”

The museum also said that General Motors will provide some $250,000 as part of the museum’s recovery effort in the aftermath of the sinkhole.

The board met in conjunction with the museum’s 20th anniversary celebration during the Labor Day weekend. Festivities also included the opening of the NCM Motorsports Park, located just across Interstate 65 from the museum in Bowling Green, Kentucky.

“Our goal was to help the National Corvette Museum recover from a terrible natural disaster by restoring all eight cars,” said Mark Reuss, GM executive vicar president for global product development. “However, as the cars were recovered, it became clear that restoration would be impractical because so little was left to repair. And, frankly, there is some historical value in leaving those cars to be viewed as they are.”

Strode said Corvette enthusiasts already had expressed their support for preserving some of the cars in damaged condition.

“For Corvette enthusiasts, the damage to the cars is part of their history, and part narrative of the National Corvette Museum,” he said. “Restoring them all would negate the significance of what happened.”

Pick of the Day: Immaculately restored 1964 Opel Kadett A