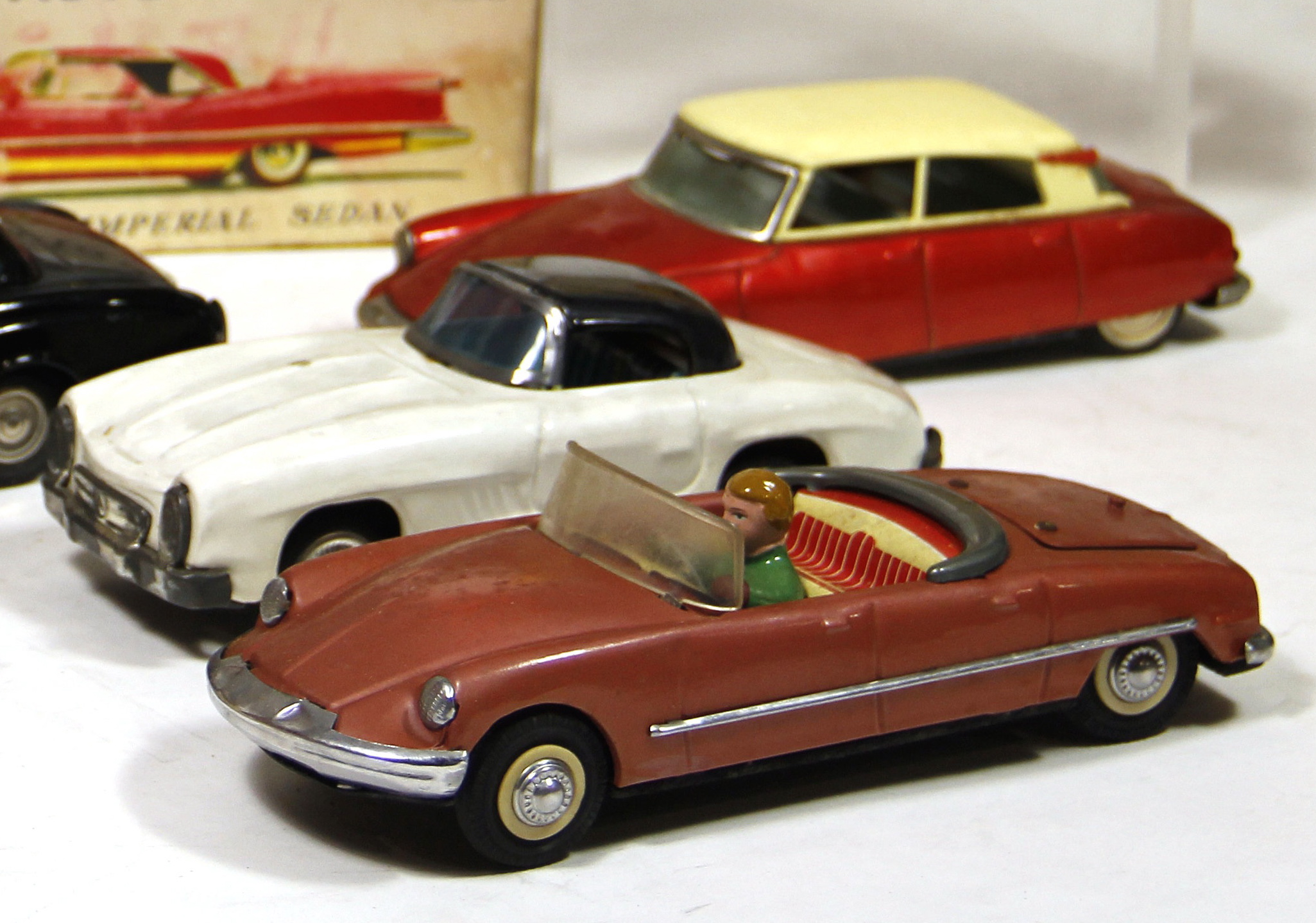 You may not have been able to afford the cars offered at Bonhams’ most recent sale in northern California, but the auction house that just sold a Ferrari GTO for more than $38.1 million has another sale scheduled for this week, and the vehicles are expected to be sold for three and four figures, not seven or eight.

This sale, to be held Monday in San Francisco, is the Yoku Tanaka Toy Collection, which includes many vintage tin model cars, as well as tin-toy boats and airplanes.

According to the sales catalog, Yoku Tanaka started collecting such “toys” as a teenager, but his collecting became serious after college and expanded to include other items, including kimonos. His collections, the result of what Tanaka calls 53 years of “careful acquisition and curation,” have been featured in exhibitions in Tokyo as well as New York and Boston.

Being offered at this Bonhams auction is one-fifth of the collection. Several items were sold at an earlier sale in January, where hammer prices ranged from $1,200 for a boxed 1952 Cadillac convertible by Alps to $14,000 for a 1962 Chrysler Imperial with its decorative box. (Hammer prices do not include a 25-percent buyer’s premium fee.) Another portion of the collection is scheduled to come to auction in November.

Some lots at the auction Monday include a single vehicle while others include more than a dozen. For example, the lot shown here that includes the two remote-controlled vehicles shown here has a pre-auction estimate of $400 to $600 while the grouping of six friction vehicles with boxes is estimated at $300 to $500.

The highest estimates we saw in the catalog were $2,000 for a Condor motorcycle and its prototype version and for an Astroboy-Mighty Atom lithographed bus.