Porsche 962 returns to Monterey, but this time instead of historic racing, it’s up for auction 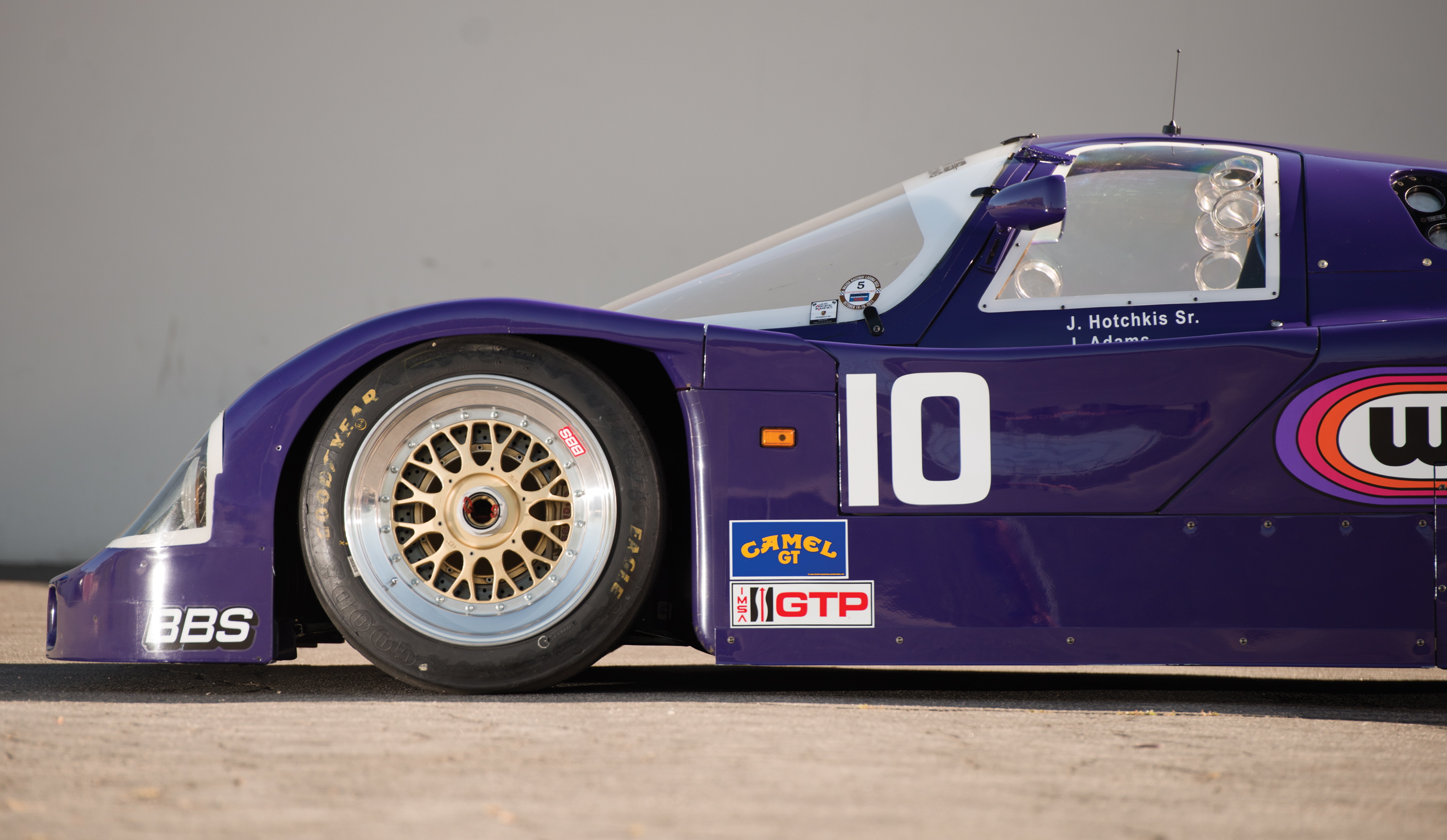 John Hotchkis Jr. has done a lot of things with cars. He studied at the Art Center College of Design, worked for legendary Corvette racer and tuner Dick Gulstrand, raced Formula 3 in England, drove at Le Mans and in the IMSA GTP series, and his Hotchkis Sport Suspension company is dedicated to making sure American muscle cars maneuver as well as they accelerate.

But there’s one thing John Hotchkis has yet to do with a car. He’s never sold one at auction. That will change very soon when Hotchkis offers his family’s famed 1986 Porsche 962 racer at the RM Auction on the Monterey Peninsula.

RM estimates that the car, wearing its historic Wynn’s livery, will bring between $800,000 and $1 million. “I’ve owned the car since 1986,” Hotchkis said. “My father put together Hotchkis Racing back then and we did a number of seasons with the car, raced at the Daytona 24 Hours and Sebring, did very well through the 1991 IMSA season. “Then I had a chance to race it again in vintage racing and it did really well and my brother (Mark Hotchkis is a former Indy Lights racer and a 2005 SCCA National champion) drove in some of those races. We won the Monterey Historics and were fourth at Rennsport (the big all-Porsche event). [pullquote] It doesn’t deserve to be just sitting.” — John Hotchkis Jr.   [/pullquote]“But we’ve come to the point where we‘ve done all we really want to do (with the car) as far as driving, so it becomes a collector car. But we’d like to see it back on the track again. It doesn’t deserve to be just sitting.” Hotchkis said it was fitting for the car to be offered at Monterey, “where it’s raced so many times before.” Nonetheless, he added, “On the family side, it’s definitely bittersweet. But it’s time to move on to new projects.” Those new projects include expanding Hotchkis Sport Suspension. The company, which is based in southern California, just opened a second facility in North Carolina, and is doing more suspension restoration projects. For example, it just redid the suspension on a customer’s 1969 Pontiac Firebird, a car that was Chip Foose’s first project vehicle. “People are willing to put significant money into those cars,” Hotchkis said. Hotchkis also hopes someone will put significant money into his 962. Hotchkis said he isn’t nervous about the auction process, only because he’s “selling something we’ve owned for so long. “The car has a great time slot,” he added, “Friday night, right alongside Bobby Rahal’s 1986 Indy 500 winner (March 86C). “There are some incredible cars that night.”