MPG before the EPA 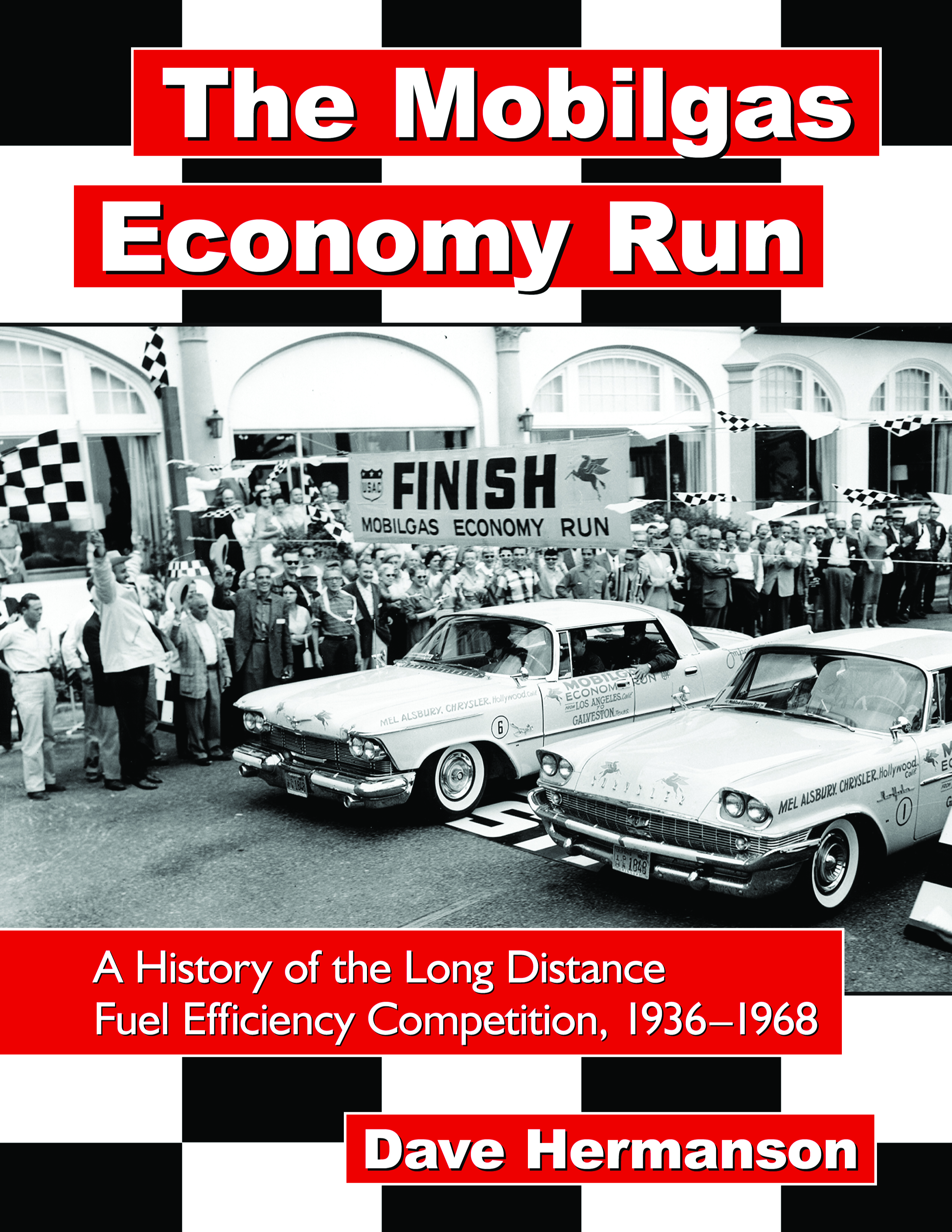 The Mobilgas Economy Run: A History of the Long Distance Fuel Efficiency Competition, 1936-1968
by Dave Hermanson

Decades before there was a federal Environmental Protection Agency or even Monroney stickers that presented average fuel-economy expectations, there was the Mobil Economy Run. At least that’s the name I remember as a kid reading the auto company advertisements about the fuel-economy figures their cars achieved in the cross-country drive.

Somewhere in my office, I have a folder labeled “Mobil Economy Run.” In that folder are some clippings I saved and notes from an interview I did with a retired automotive engineer who helped prepare cars for the event. I write “prepare cars” but basically, the idea was to figure out a way to expand on the rulebook and sneak things past the U.S. Auto Club officials who were charged with keeping everything fair and square.

My plan was to do additional research and more interviews and to write a book on the history of the economy runs and to discover if the auto companies were as clever as NASCAR racer Smokey Yunick, who once took the gas tank out of his race car and still was able to drive it on fuel he had hidden within its frame rails.

So, in some ways, I should be displeased with Dave Hermanson and his recently published book, The Mobilgas Economy Run: A History of the Long Distance Fuel Efficiency Competition, 1936-1968.

Hermanson presents a well-researched and detailed history of the event launched by Earl Gilmore of the Gilmore Oil Company, the California gasoline distributor that in 1940 was purchased by Socony-Vacuum and its Mobiloil brand.

But Hermanson notes that Gilmore wasn’t the first to stage such an event. As early as 1917, the Los Angeles Motor Car Dealers Association took part in an annual Camp Curry Yosemite Economy Run sponsored by Standard Oil. That event ended after the 1926 run.

Gilmore joined with the dealers association and the western region of the AAA Contest Board to revive the economy trials in 1936 with a single-day, 352-mile drive from LA to Yosemite. Cars — 30 were entered — were divided into seven classes, based on vehicle prices, with winners determined on a confusing ton-miles-per-gallon figure.

Although an inexpensive four-cylinder Willys 77 achieved a miles-per-gallon average of 33.21, a Graham Supercharger 6 had the best TMPG figure, 55.47, even though its mpg number was only 26.67. TMPG finally was abandoned in 1959.

Through the years, the route would expand, at first to the Grand Canyon, then to Sun Valley, and after its resumption after World War II, on to Chicago and eventually to New York.

For the most part, automakers would replace dealers as entrants and things got very serious, with rules written to assure gas tanks were standard factory installations and that tire pressures weren’t being manipulated to enhance mileage, and with seals placed on as many as 64 items to prevent tampering. Skilled drivers — racers (including Smokey Yunick) and engineers — were engaged to maximize performance.

How serious did it get? Well, back in 1952, writes Hermanson, “A protest was received regarding the Mercury Monterey entry. As was noted by another competitor, the Mercury rolled approximately 40 feet at the Grand Canyon start before proceeding under its own power. After the protest was heard, it was decided by the AAA Contest board officials that the Mercury should back up a total of 40 feet the next morning before leaving to compensate for the false start.”

Hermanson doesn’t detail the juicy stories about rules manipulation, but the book does end with an extensive appendix and a chapter on the Mobil Mileage Rally, held from 1958-1961 for imported cars.

As for the Mobilgas Economy Run, it ended because of the muscle-car craze and the public’s refocus of its attention on acceleration and horsepower.