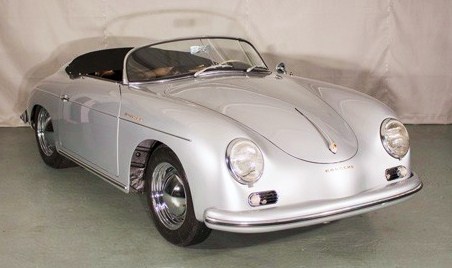 Fifteen spectacular Porsches will be among 50 special European classics (plus a pair of all-American Chevys) offered during Coy’s auction at the famed Nurburgring track in Germany.

The Porsches comprise what the British auction company calls a “specialist section” of the August 9 sale of sports, GT and competition cars, including grand prix racers.

“Nurburgring promises to be a spectacular sale,” said Chris Routledge, managing partner at Coys. “We are featuring a specialist section, ‘The Excellence of Porsche,’ offering some of the finest Porsches available on the market anywhere in the world today.”

These include a rare and original 1970 911 S/T competition car formerly owned by German race driver Walter Röhrl and valued at $1.2 million to $1.5 million. The Porsche has been restored to its original factory configuration, Coys said.

“This is one of the rarest and most sought after 911s in the world and surely worthy of a place in any Porsche museum or to be seen in any significant worldwide motoring event,” Coys said in a news release.

Also featured is a 1976 934 RSR Turbo, estimated at $1.2 million to $1.34 million, which ran at Le Mans in 1976 but dropped out with turbocharging problems. The rare and significant survivor has documented period racing history, FIA papers and is ready to compete again.

The Coys sale also presents a number of Ferraris, Lancias, Maseratis and Fiats among its Italian offerings; BMWs and Mercedes-Benzes from Germany; Jaguars, Austin-Healeys, Triumphs and others from Great Britain; a convertible Citroen DS 21 from France; and from the U.S., a 1968 Chevrolet Camaro RSS and a 1969 Chevrolet Corvette coupe restored as a ZL1.