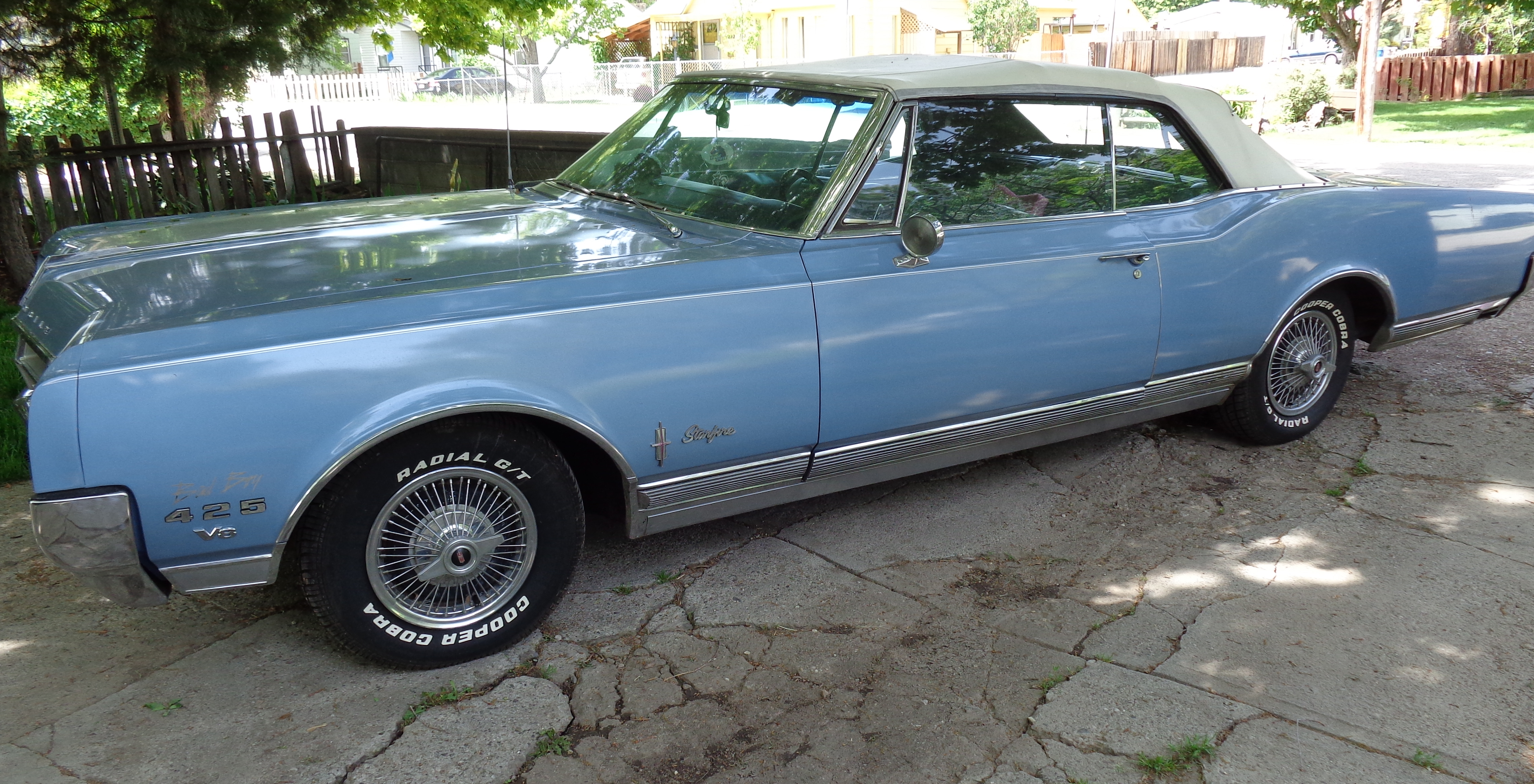 I had to have it, even if it had been in a box for 30 years and, boy, was it bad. I rebuilt it. I call it the squigmobile, for my granddaughter, because it’s hers when I’m gone.

But I still wanted my 1961 back, so I kept looking. The first one was in pieces. The second one was all there but not used and setting outside. So I build both off them.

Then I found 1963 Starfire shell. You guessed it.

These are all convertibles and now I have four.

Now what do I do with all the parts I have collected? I buy a 1962 Starfire. That makes five.

Mother says one more and you’re committed to the funny farm. So I bought her a Corvette. She loves it so much I think she may forget about the funny farm.