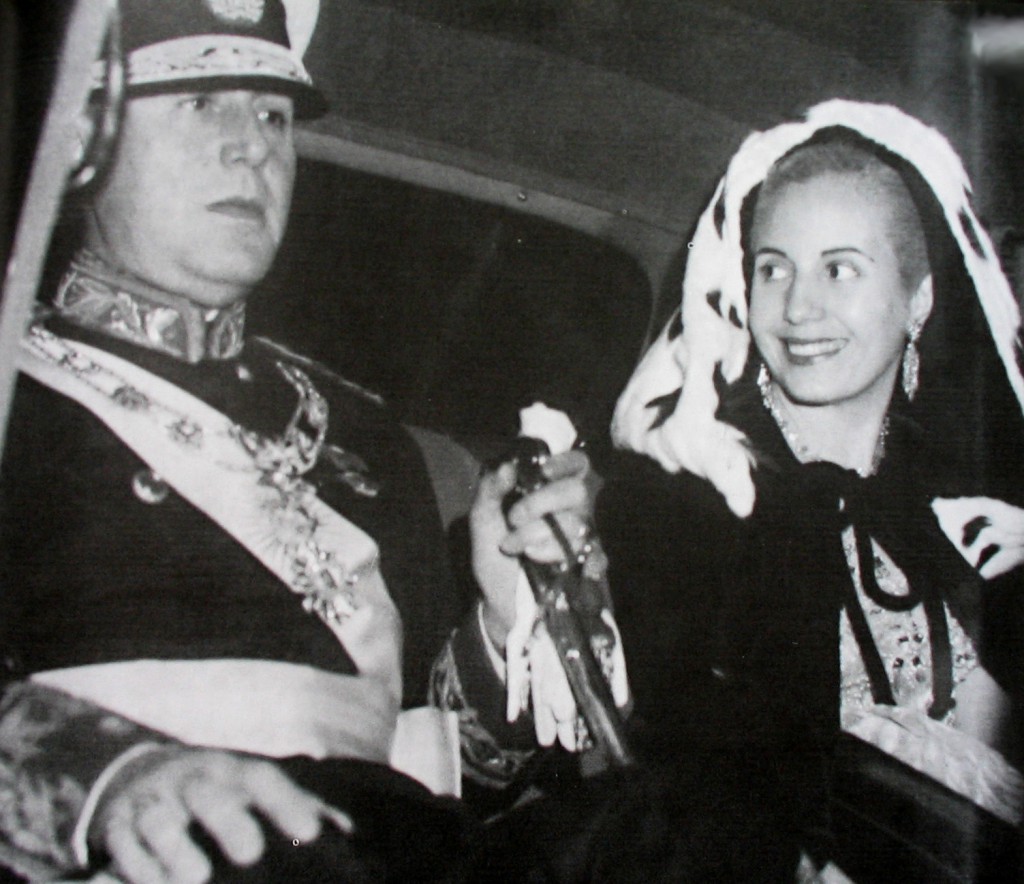 Eva Peron’s 1951 Cadillac limousine will be among the cars offered at Silverstone Auction’s Salon Prive’ sale, scheduled for September 4 in England.

“It’s rare that a car with connections to some of the most important figures in history is offered on the market and so it’s a privilege to offer it for sale,” said Nick Wale, founder and managing director of the auction company.

Eva Peron, wife of Argentine president Juan Peron, was known as a champion of women and the working class. She died of cancer at the age of 33; more than 3 million people lined the streets of Buenos Aires for her funeral procession.

Her life was the basis of Evita, the musical by Andrew Lloyd Webber and the 1996 film starting Madonna and Antonio Banderas.

Her Cadillac was on display for many years at the Museo Evita in Buenos Aires.

When the car arrived in England, one of Peron’s jewels was found in its interior and will be included in the sale of the car. Silverstone Auctions reports that the staff at the Museo Evita is trying to establish to which item of clothing the jewel originally was connected.

Other vehicles to be offered at the Salon Prive sale include a “genuine” factory 1956 Austin Healey 100M Le Mans roadster, a 1963 Ferrari 250 GT/L Lusso, a 1944 Willys military Jeep with trailer, a 1960 Ferrari 250 GT Pininfarina Series II coupe and a Knibbs & Parkyn-bodied 1926 Rolls-Royce Phantom I Sedanca.