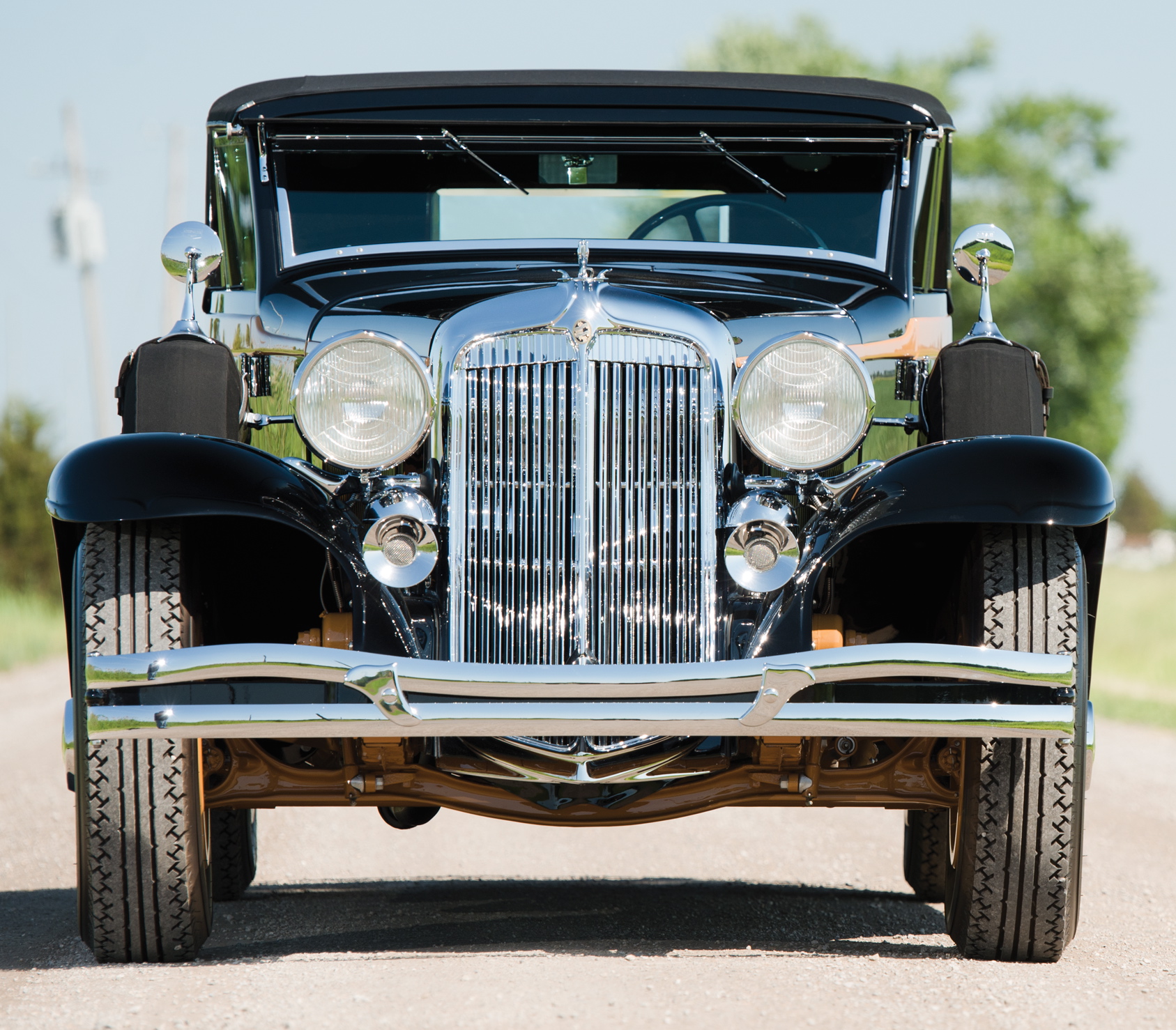 RM, the classic car auction and vehicle restoration company, is celebrating its 35th anniversary this year. In many ways, the company has come a very long way since Rob Myers started restoring cars in a wooden, single-car garage, staging major auctions of marketplace significance in North America and Europe.

But while traveling far and wide, RM has not wandered very far from its roots. That single-car garage was replaced by a two-car facility and then a larger building and most recently by a compound of several buildings, but all of them have been located in or just outside Myers’ hometown of Chatham, Ontario.

RM’s first auction was held just up the road in Toronto. Just two years later, it went international, venturing across the border into Michigan for a sale in Novi, the historic community that gave birth to the famed Novi engines of Indianapolis 500 fame.

[/pullquote]That Novi auction grew into the annual major sale at the former Meadow Brook Concours d’Elegance held on the former Dodge estate and recently moved with that event to the Inn at St. John’s just west of Detroit in Plymouth. (Novi… Dodge… Plymouth… we sense a car-themed storyline here.)

With a preview on Friday and the auction of 79 cars and a boat on Saturday, this weekend RM will be celebrating another anniversary — it’s 20th year of classic car auctions in Michigan.

RM has had several names for its Michigan auction and for its 20th birthday it is rechristening this event as the Motor City sale.

While Meadow Brook Hall may be a historic Michigan landmark, the Inn at St. John’s, current location of the renamed Concours d’Elegance of America, isn’t nearly so well-known. Calling an auction the Plymouth event might make people think it’s a single-marque sale.

“We’re calling it the Motor City auction because of the resurgence of downtown Detroit, because of the area’s automotive history, and well, because it’s just cool,” said Alain Squindo, multi-lingual native of Switzerland, RM vice president and a daily commuter from his home in Michigan to RM HQ in Canada.

Speaking of downtown Detroit, Squindo and others from RM got up early one morning so they could photograph the auction catalog cover, featuring a Waterhouse-bodied 1931 Chrysler CG Imperial Convertible Victoria, at 6 a.m. at the corner of Fort and Shelby streets in downtown. They also put the historic 1930 Gar Wood 28-foot triple-cockpit runabout known as “Katie’s Choice” into the Detroit River so they could photograph it with the city’s skyline.

There are no million-dollar cars being offered at the Motor City sale. That happens in a few weeks on the Monterey Peninsula. Instead, this sale will, as Squindo put it, “focus on things that make the Motor City great.”

That includes cars such as the Chrysler, even a boat with local history, as well as cars from several well-known local collectors.

The Chrysler is one of only three still in existence. It survived the World War II scrap drive in a family’s barn and has a history of single-family ownership that spans some 70 years. It recently was honored as the “most significant Chrysler” at the Concours d’Elegance of America. RM expects it to sell for somewhere between half and three-quarters of a million dollars.

Among the other domestically produced “featured” lots are a 1959 Cadillac Series 62 convertible, 1940 Packard Custom Super Eight One Eighty convertible with body by Darrin, a 1935 Packard Super Eight roadster, a 1925 Duesenberg Model A by Millspaugh & Irish, and a 1937 Cord 812 supercharged phaeton,

Also “featured” at the sale are a 1929 Rolls-Royce Phantom II torpedo tourer, and a 1953 Rolls Silver Dawn drop head coupe by Park Ward.

“Be it the boulevard cruiser, the exclusive coach-built Chrysler intended for a captain of Michigan industry, or even the hot Corvette racing down Woodward Avenue, these examples represent the finest automobiles the Motor City had to offer.”

Much more significant is that the boat was built for Gar Wood’s brother Logan T. Woods.

Gar Woods invented the hydraulic devise that enables dump trucks to dump their loads, but his passion was powerboat racing. Woods built fast boats with Chris-Craft and won the Gold Cup racing championship every year from 1917 through 1921.

Logan Woods’ boat was built with non-standard features including a heavier-duty bottom, a one-man top, wing windows, a foot rest in the second cockpit, and a locking engine hatch and gas filler cap.