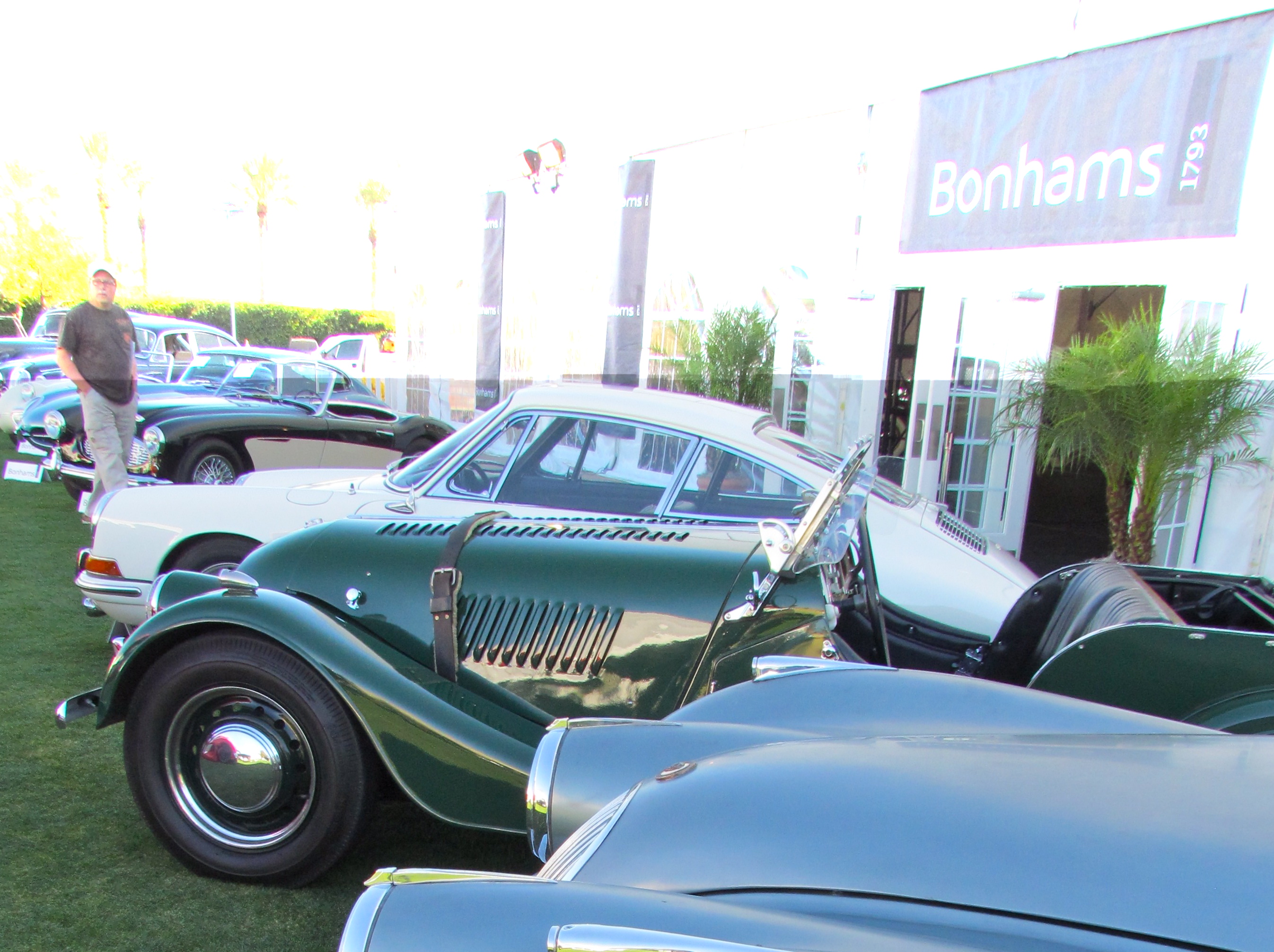 Although it has yet to make a formal announcement, Bonhams has confirmed to ClassicCars.com that it will stage a classic car auction next year as part of the Amelia Island Concours d’Elegance weekend. The Fernandina Observer newspaper has reported the auction will take place March 10-12, 2015, on the grounds of the Fernandina Beach municipal golf club. Fernandina Beach is located at the northern end of Amelia Island, Florida.

“My colleagues and I have been going to Amelia Island for more than a decade,” Ruppert Banner, Bonhams vice-president for business development, told ClassicCars.com. “We are great fans of Bill Warner’s event. We see a lot of our clients there.”

We are great fans of Bill Warner’s event.”

[/pullquote]Banner said the addition of an Amelia Island auction is partly in response to conversations with Bonhams clients and also “part of our plan for the U.S. There’s no doubt we want to increase our presence in the States. This is a key part of our development.”

The Bonhams sale will be the fourth held during the Amelia Island concours weekend. RM and Gooding both have been fixtures. Recently, Hollywood Wheels staged a sale as part of the Festival of Speed show that takes place the same weekend as the concours.

“It just fits for us,” Banner said. “The growth in Scottsdale (where Bonhams launched a January sale in 2012) has been phenomenal. We’ve seen Greenwich continue to grow. Quail has continued to grow. Our business is growing in strong fashion.”

Banner said it also is important for Bonhams to have a presence in the growing classic car marketplace in the state of Florida, “and we feel this is the venue to be in.”

According to the Fernandina newspaper, Banner and two other representatives of the historic, British-based auction house met with the Fernandina Beach city commission earlier this month.

“Little did they (the council) anticipate that Bonhams, one of the world’s premier auction houses, was proposing to hold a high-end automobile auction at the city’s municipal golf course during the week of the Concours d’Elegance next spring,” the newspaper reported. “Commissioners listened to a 45-minute presentation by three Bonhams representatives, explaining both their company goals and their plans to make Fernandina Beach the third of three premier automobile auction sites in the United States, joining those in Scottsdale, Arizona, and Monterey, California.  Bonhams appeared before the FBCC seeking a permit to hold the event and to lease a portion of the golf course property.  Commissioners gave a unanimous thumbs up to the project.”

Bonhams said it would not interfere with play on the golf course but would set up two tents on the property for its sale.

According to the newspaper, Bonhams will open its venue for vehicle viewing on Tuesday and Wednesday, March 10 and 11, with its auction on Thursday, the same day RM and Gooding open their previews. The Gooding & Company auction takes place March 13 and the RM sale is March 14. The Amelia Island Concours d’Elegance is scheduled for Sunday, March 15.