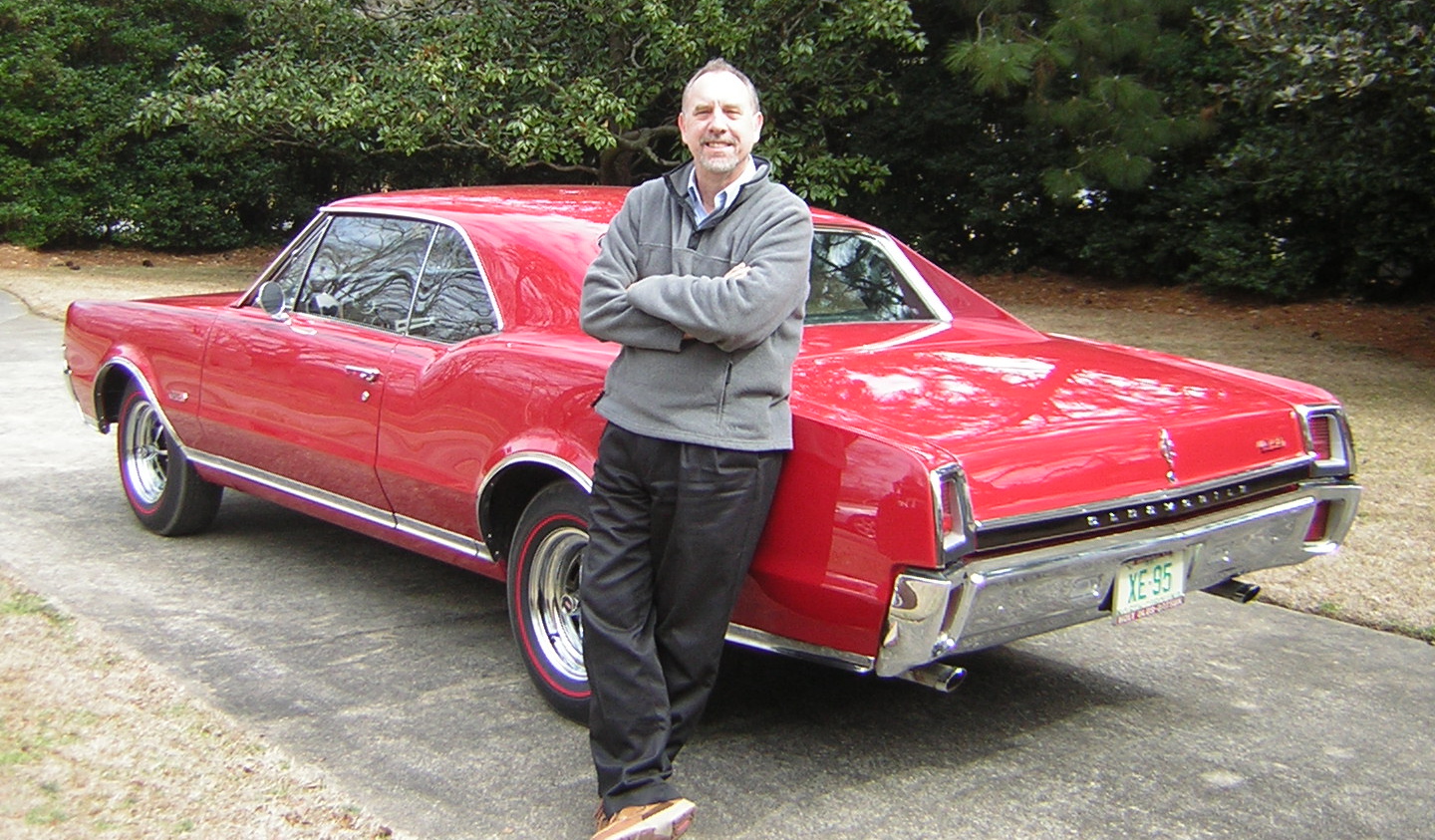 Three decades ago, my collection of Oldsmobile performance cars graced the cover of several editions of Muscle Car Review magazine. That collection, numbering 16 at one point, included some of the country’s finest and rarest W-machines and 442s, including a like-new 16,000-mile F85 W-31 4-speed post coupe and the now highly sought after 4-speed W-30 442 convertible purchased from the original owner with only 34,000 miles on the clock.

That was then. The 1987 sale of the family Oldsmobile dealership in Greenville, North Carolina and a subsequent divorce three years later took its toll. Today, out of all of the best that Oldsmobile had to offer in the ‘60s and ‘70s, the only Rocket remaining in that once proud collection is the example you see here, though I have several other high-performance American muscle cars.

Pickings were slim back then when it came to anything high-performance coming off the assembly lines in the U.S.A.

Not content with a 200-horsepower Hurst Old, I was buying every ’65-’72 high-performance A-bodied vehicle I could find, and all over the country. There was no Internet then, so I spent countless hours reading Hemmings Motor News and other automotive publications searching, searching and searching.

I actually stumbled across VIN xxxG134319 in my hometown, in the possession of the brother of the original owner, who used to drag race it in the Richmond, Virginia, area. The car showed 56,000 miles. Its original 400-cid engine was long gone. It carried a 350 out of a ’74 Cutlass, incorrect Super Stock wheels, rust in the lower front fenders and a $200 enamel paint job.

I bought it for $2,500 and planned to turn it back into a drag racer. I bought a ’67 400 power plant and spent $5,000 to up its output, a decision I now regret because I immediately realized that burnouts and reaction time were not my gifts. The car’s racing career ended after about a half-dozen passes.

The car spent some 22 years in various stages of disassembly and attempted restoration. Finally, in the spring of 2012, I decided it was time to restore some dignity to the car. In my fourth attempt at restoration, I found Pitt County, North Carolina, journeyman Ronnie Edmundson, who had restored a number of show cars in his one-car shop.

Between New Year’s Eve and Valentine’s Day, he had the car running, assembled painted and ready for pickup.

While many of the parts replaced on this 442 were reproductions, it still proudly wears all of its original sheet metal and glass as well as original re-chromed bumper cores, stainless trim, console and dash assembly. We left some of the interior alone so I could retain some of the patina that I enjoyed.

The only other variances from original are the ’68 three-spoke Rosewood steering wheel and 15-inch Super Stock I wheels on Firestone Wide Oval Redlines from Coker Tire.

Since its completion in February, 2013, I’ve located the original owner and his brother and sent them photos of their former possession. The now 73-year-old former drag racer’s daughter sent an email about how she remembered, as a little girl, many memorable joy rides in her Dad’s red “fast car” and the trophies he brought home from the drag strip.

She especially remembered the windows in the house shaking as he drove into the driveway coming home from work. That was the icing on the cake for this project!