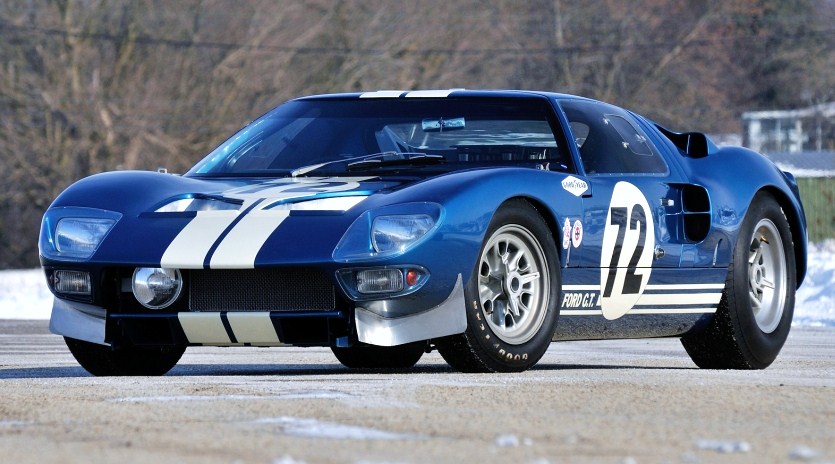 The Ford GT40 prototype racecar that hammered sold at a record $7 million April 12 at the Mecum auction in Houston will be put on permanent display at the Larry H. Miller Total Performance Museum in Tooele, Utah.

GT40 chassis No. P-104 will join five other GT40s – one of each variant of the Ferrari-beating endurance racers from the 1960s – at the museum located at Miller Motorsports Park. The collection also includes the 1964 Le Mans class-winning Shelby Cobra Daytona Coupe, No. CSX-2299, and other historically significant Shelby Cobras and Shelby Mustang GT350s.

“We are thrilled to be able to add GT40 P-104 to the Larry H. Miller Total Performance Museum collection,” said Greg Miller, CEO of the Larry H. Miller Group of Companies. “My late father, Larry H. Miller, was very passionate about Shelby Cobras and Ford GT40s. He not only shared that enthusiasm with all our family, but with the public as well through the creation of the museum at Miller Motorsports Park.”

The Total Performance Museum, located southwest of Salt Lake City, is open to the public with free admission Mondays through Fridays.

“We are happy to be able to add another very significant GT40 to the collection, and we hope that the public will come out and enjoy these cars as my father intended,” Greg Miller said.

The GT40, the second-oldest survivor, was the much-anticipated star of Mecum’s Houston sale. The fourth one constructed in Ford’s bid to humble Ferrari in the 24 hours of Le Mans, P-104 was the first GT40 handed over to Carroll Shelby’s racing team for refinements after the model’s less-than-stellar initial competition outings.

P-104’s racing history is checkered with missed opportunities, but it is significant as the first Shelby-spec GT40 chassis, raced by Shelby America during the 1965 season. Shelby’s improvements to P-104 and sister car P-103 laid the groundwork for the stunning success of the GT40 program, with the next-generation GT40s claiming outright wins at Le Mans in 1966, 1967, 1968 and 1969.

Among the motorsports stars who drove P-104 in competition were Jo Schlesser, Dickie Attwood, Bruce McLaren, Bob Bondurant, Richie Ginther and Phil Hill. The car has been completely restored to its 1965 Shelby style.