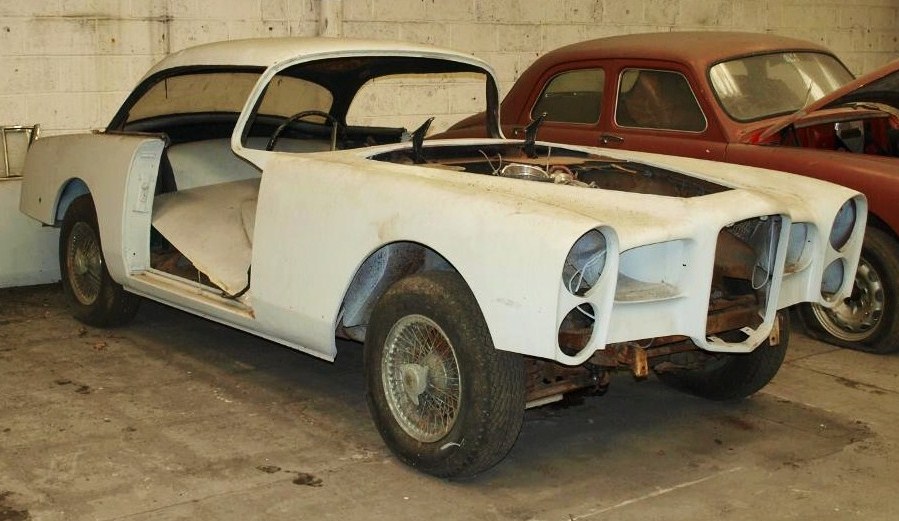 “I’m delighted with the results we’ve achieved for our vendors in the biggest-ever auction of its type,” Nick Whale, managing director of Silverstone Auctions, said in a news release. “If ever proof was needed for the enduring appeal of the barn find then surely these results are it.”

A number of vintage Jaguars were among the barn finds, including the most-watched car at the auction and the second-highest seller, a handsomely ratty 1958 Jaguar XK150 drophead coupe that was recently discovered in longtime storage with other British sports cars in Sicily. The Jaguar, which the auction house referred to as “a worthwhile project,” sold for £62,100 ($104,000).

“We look forward to seeing many of the restoration projects brought back to their former glory very soon,” Whale said.

Not all the cars sold at the Silverstone auction needed extensive work, with some nicely restored cars and pristine low-mileage originals among the offerings.

Just before the sale, Silverstone reported that the dusty barn-find star of the auction, a 1939 Lagonda V12 with coachwork by Hooper, had been sold ahead of the bidding because of an aggressive offer from a determined buyer, although the amount was not revealed.

The Lagonda had a top value estimate in the catalog of £ 100,000 ($167,000), so the final price tag was most likely way north of that. Restoration costs for the rare classic also are expected to be significant.

The auction house commented in its catalog that the MGTA was amazingly original.

“The seats are even stuffed with period horse hair, which is starting to make a bid for freedom after 77 years,” the catalog reads.