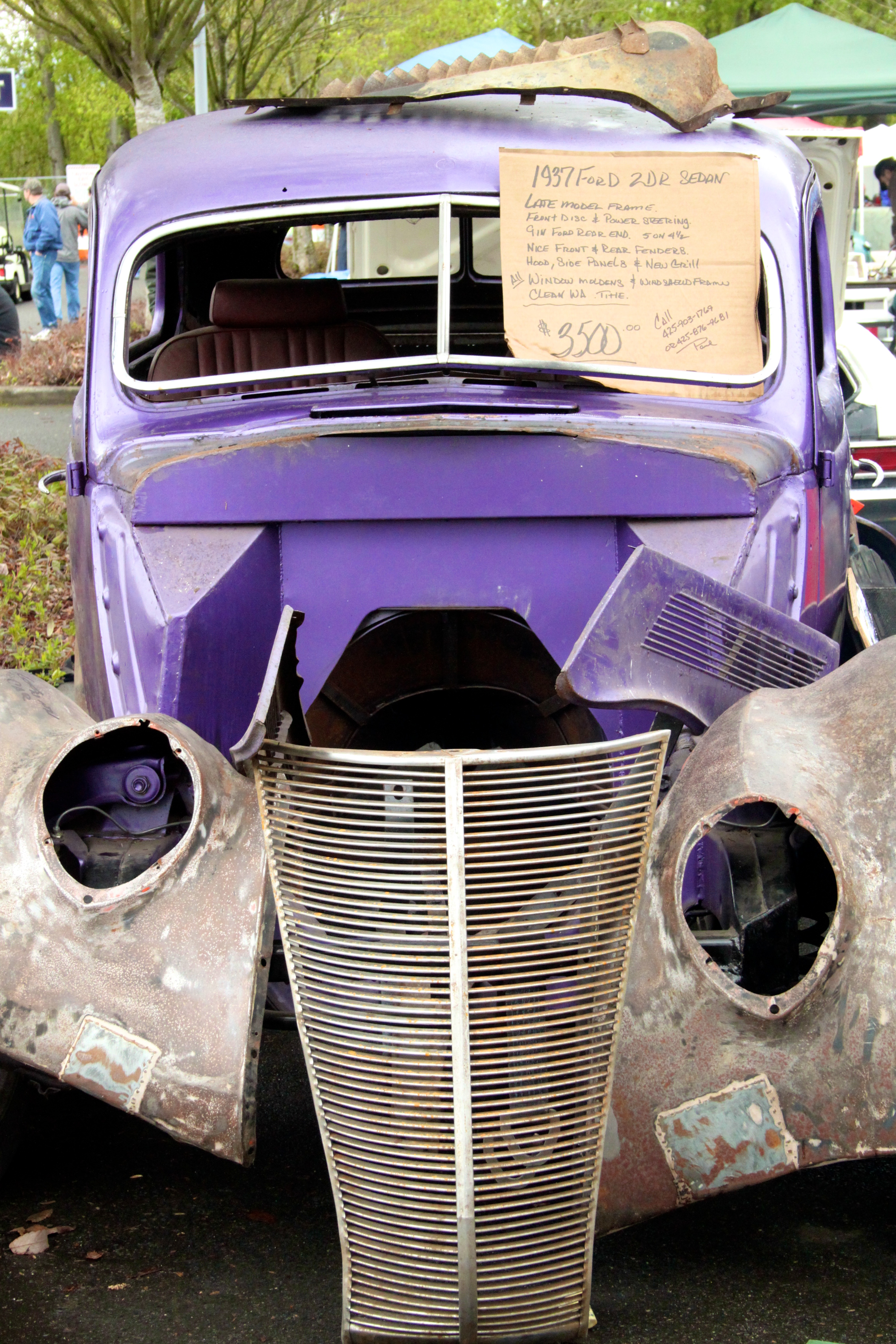 The event primarily focuses on cars earlier than 1980 but welcomes others, too. Everything from freshly waxed cars to junkyard rescues were for sale in the parking lot of the Portland EXPO center.

Meanwhile, vendors had everything from door handles to jet-engine fuel tanks on display and eager shoppers were ready to buy. The event took over the entire EXPO parking, lot even wrapping around the back of the building.

Engines were revving while people showed off their custom builds. Walking from vendor to vendor, proud stories of building and restoring precious cars could be overheard.

One man showed off a small photo he kept in his wallet of his latest project. Four years ago, he said, he came home from the swap meet with four tires, a drive shaft and a frame. This year his hot rod won third place in a Portland competition.

Although the swap meet wasn’t a show of competition, but it was clear who had invested time and money into restoring their automobiles to perfect condition.

Just a few hours was simply not enough time to see everything that the swap meet had to offer. Many people on MAX (Portland’s light rail transport system) were returning for a second or third day just to make sure they got what was needed for their next big project.

In order to find what they were looking for, teens and retirees carried signs listing the parts they needed.

It was a perfect event for families too. Kids were pushed around in wagons or toy cars, their eyes watching all of the chrome bumpers as they rode by. Future designers and engineers, I’m sure.

Becca Priddy
Previously an editor and photographer for bePortland.com, Becca currently freelances as a photographer and writer in the Portland area, while also balancing life as a teacher and feline formalwear designer. Starting as a "Jr. Spy Photographer" with her mother at age six, she has been shooting ever since. Specializing in theatre, music, and automobiles, her photos have been featured in Car and Driver, Automotive News, and Edmunds.com, as well as with Stray Cat Theatre and ASU School of Theatre and Film. In her spare time she often runs off with the circus, or is found at Burning Man with her fellow VW Bus enthusiasts.