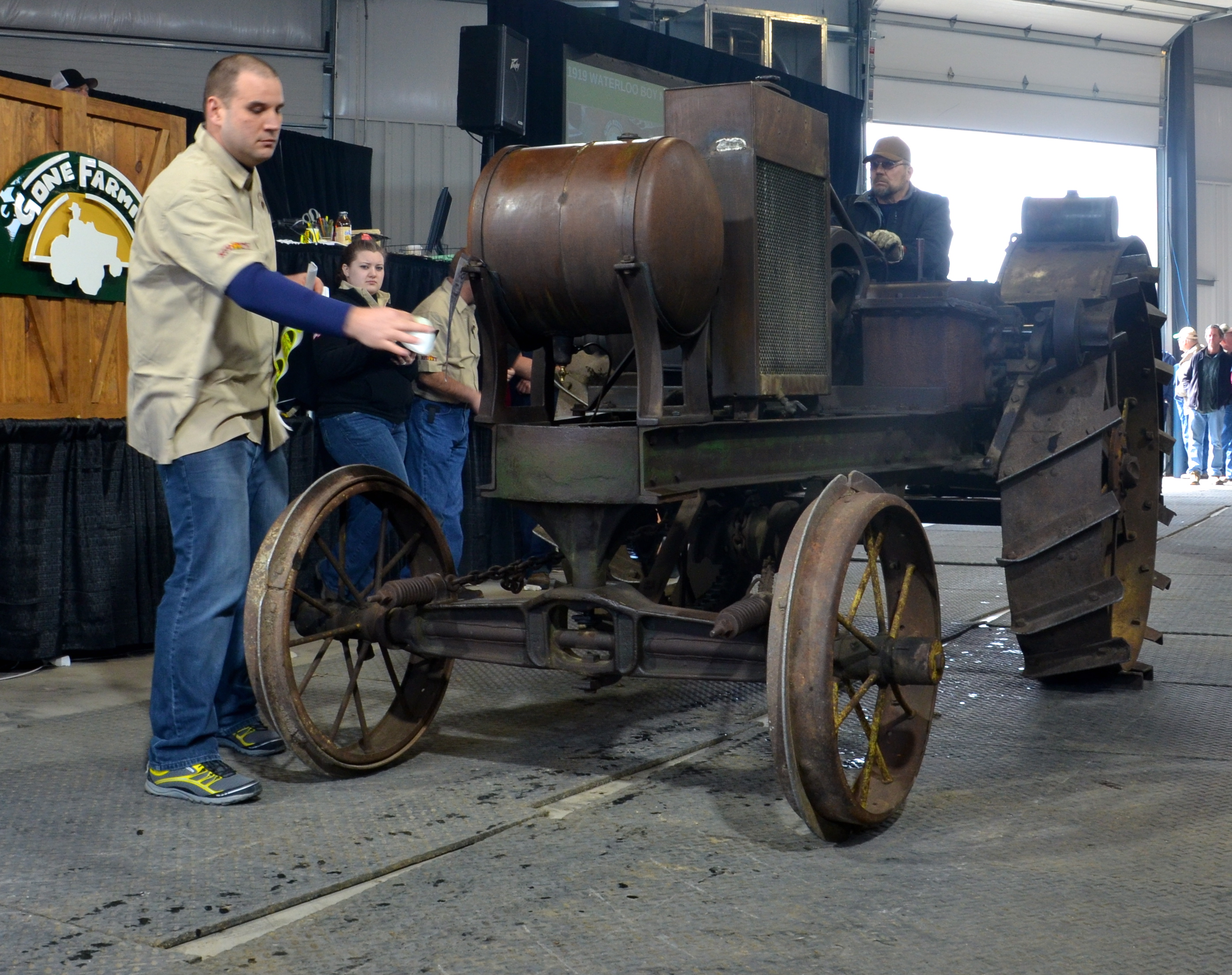 Yes, we know, this is the blog of ClassicCars.com, but if you like old cars and vintage motorcycles, how can you not have at least a passing interest in historic farm implements?

Hey, we’ve seen vintage tractors at major concours d’elegance and a few even have rolled across the block at some important classic car auctions. And Ford, Porsche and Lamborghini all have histories involving the design and production of tractors.

A few times each year, Mecum Auctions stages one of its “Gone Farmin’” sales of vintage tractors and farm relics. The most recent such sale took place last week at the Mississippi Valley Fairgrounds in Davenport, Iowa, where 200 tractors and 350 signs and relics sold for more than $2 million, with an impressive 88-percent sell-through rate.

Mecum’s next vintage tractor auction is June 6-7 at Nashville, Tenn.