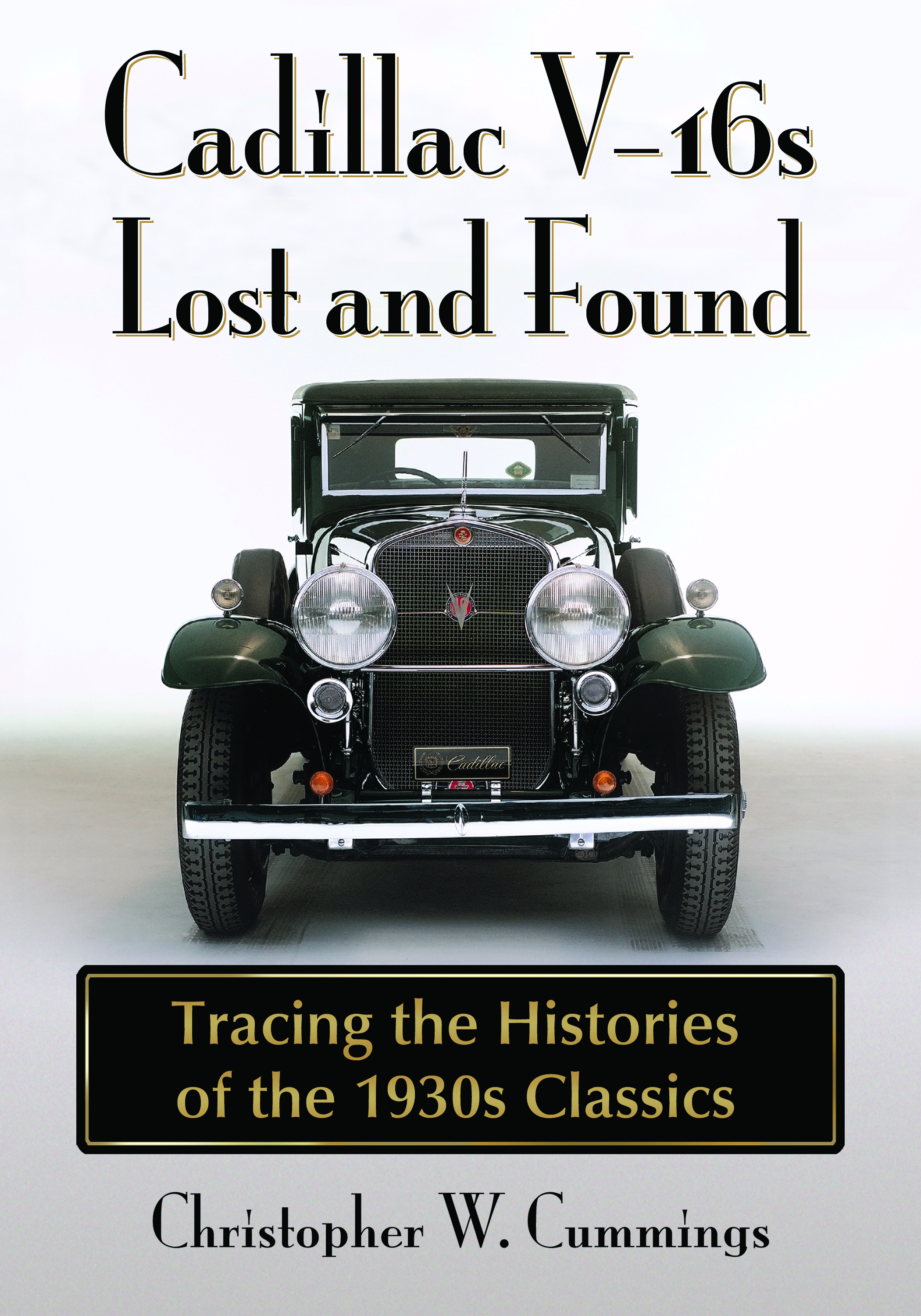 Cadillac V-16s Lost and Found: Tracing the Histories of the 1930s Classics by Christopher W. Cummings

Christopher Cummings writes that, “Almost as soon as the Cadillac V-16s came to market, economic, technological and cultural forces conspired to make them obsolete. A severe and tumultuous depression knocked the wind out of the sales prospects for fine, custom-built luxury cars. Improvements in metallurgy, engine design and fuel chemistry soon meant that a V-8 engine could be made to run every bit as smoothly and powerfully as a sixteen. And the classic styling of the late twenties and early thirties was shouldered roughly aside by the onrushing ‘streamlining’ craze.”

But not only did Cadillac continue to produce such engines and the cars that carried them — nearly 4,000 between 1930 and 1937 — it developed and built a radically different (the V widened from 45 to 185 degrees) second-generation V16 power plant and put nearly 500 of them into much more aerodynamically designed vehicles between 1938 and 1940.

Cummings is an attorney by profession and a Cadillac V16 owner by lifelong affection. In 2006, he wrote The Cadillac That Followed Me Home: Memoir of a V-16 Dream Realized. Now, he follows up with Cadillac V-16s Lost and Found: Tracing the Histories of the 1930s Classics, which tells the stories of nearly 70 of the nearly 4,400 classic Cadillacs and their 16-cylinder engines.

But these are not just the stories of the cars and their engines, but of their owners and their passion for such vehicles.

Other owners included Judge Rutherford, who gave Jehovah’s Witnesses their name, and Dr. John R. Brinkley, whom Cummings describes as a “medical huckster… who used radio to promote goat glands as a spurious remedy for male reproductive problems.”

[/pullquote]Cummings writes that doing research on V16 Cadillacs, whether you’re writing about them or trying to restore one, can be difficult.

For another, while copies of early build sheets are available, they are sorted by engine number. “To find a build sheet with only the car’s chassis number requires examining all 3,251 sheets until the one with that chassis number turns up.”

But Cummings and other V16 Cadillac enthusiasts and restorers are undaunted in their pursuit, and there’s much to be learned and enjoyed in this book, which is thoroughly illustrated with photos, most of them black and white but a few in color.

And you’ll learn more than just about V16 Cadillacs as you read. You’ll learn about Cadillac, about the world in the 1930s, about Fleetwood and its move from Pennsylvania to Detroit, and about the fate of cars once affordable only to the rich and famous.

My favorite stories are about the less-than-elegant fate of many of the big cars, how several of the V16 engines were used to power hot rods and racing cars — my favorite story is about the car called “Helen,” — and how a couple of the cars even survived participation in demolition derbies.