Reading this could win you a free classic car book 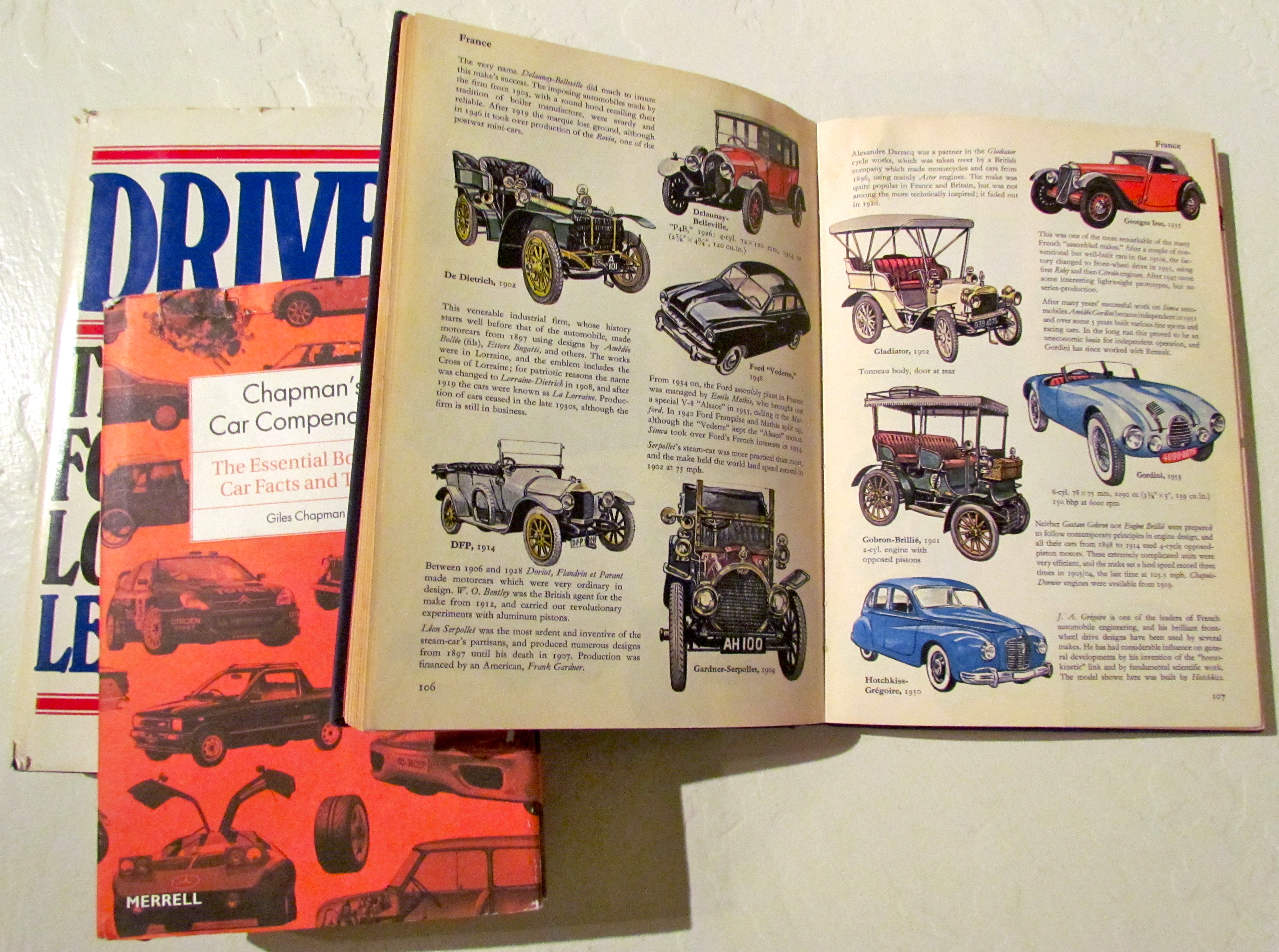 Did you know that the names of nine Spanish cities — Cordoba, Granada, Ibiza, Leon, Malaga, Marbella, Rondo, Seville and Toledo — have been appropriated by automakers for their own vehicles?

Neither did I until I spent a dollar Sunday to buy a copy of Chapman’s Car Compendium: The Essential Book of Car Facts and Trivia. When British auto writer Giles Chapman wrote his book in 2007, it cost $21.95 to buy a copy.

There are somewhere around half-a-million books available at the sale, and all of them have been separated into one of 27 categories to make finding what you want that much easier. I usually go to the sale Sunday after church, partly because the church I attend is 25 blocks east of downtown Phoenix and the fairgrounds is 19 blocks west of downtown, partly because on Sunday almost all the books are half price.

In addition to Chapman’s book of car facts, I bought a copy of Cars of the World in Color, by J.D. Scheel, translated by D. Cook-Radmore and illustrated by Verner Hancke.

I paid a whole $1.50 for this book but, after all, it is a first edition, begins with a 35-page historical survey of automotive history, has color illustrations of everything from an 1875 Markus to a 1962 Pontiac Tempest, and concludes with 10 gorgeous illustrations of famous auto races.

And even though I already have a copy, I also bought Driven: The American Four-Wheels Love Affair, because it was written (in 1977) by my former publisher and AutoWeek mentor Leon Mandel.

I also bought a book on the 1960 Rome Olympic Games, three books on baseball (including a collection of baseball stories by Zane Grey, the minor-league player turned Western novelist) and, as a gift for one of my daughters and her daughter, Clues for Real Life: The Classic Wit & Wisdom of Nancy Drew.

And for those eight books and the hours of enlightenment and entertainment they’ll provide, I spent a grand total of $7.50.

Actually, though, I’ll be spending a little more than that. As I mentioned, I already have a copy of Leon’s book, Driven. So here’s what I’m going to do: Use the comments section (Share your thoughts) below to share the title of your favorite automotive book and I’ll enter your name into a drawing. If you win, you’ll get my “barn-found” copy of Leon’s book.