Keith McCormick was little more than a youngster back in his native England when he began restoring cars at his parents’ home.

“When I got married, we married young and now its 48 years later,” he said of his marriage to Delsey. “We had zero money. The first car we restored as a couple was a Ford Thames van. We paid five pounds for it. We sold it for 25 pounds. There was no looking back from there.”

Well, except the day the police arrived.

“I was selling cars from my home,” McCormick said. “The police posted a notice about misuse of the premise, so we rented a little gas-station forecourt and sold three cars the first weekend.”

Eventually, the McCormicks’ owned five car dealerships, which they sold so they could move to Palm Springs, Calif., in 1981, where they planned to enjoy an early retirement.

“That gave me name recognition so I could do a car auction,” McCormick said.

Not only did he have name recognition, but he was encouraged by part-time Palm Springs resident and television star Telly Savalas.

We have created a village-type auction atmosphere here,”

McCormick and his family — Delsey, their son Jason and daughter-in-law Julie —  a few employees that have sort of become family not only do auctions twice a year in Palm Springs, but also have a classic car dealership.

McCormick said he has no interest in doing auctions in other locations. “I’m just a homebody with a wife, kids and grandkids. Everybody gets involved in the business. And we’ve made money along the way. But money is not the big factor in life. Family and being happy is more important.”

McCormick’s auctions feature 540 cars — that’s all there’s room for at the casino — but each event actually can claim closer to 600 sales. That’s because cars that arrive early go to the consignment showroom, where pre-auction sales often take place, thereby opening room for additional cars at the actual auction. 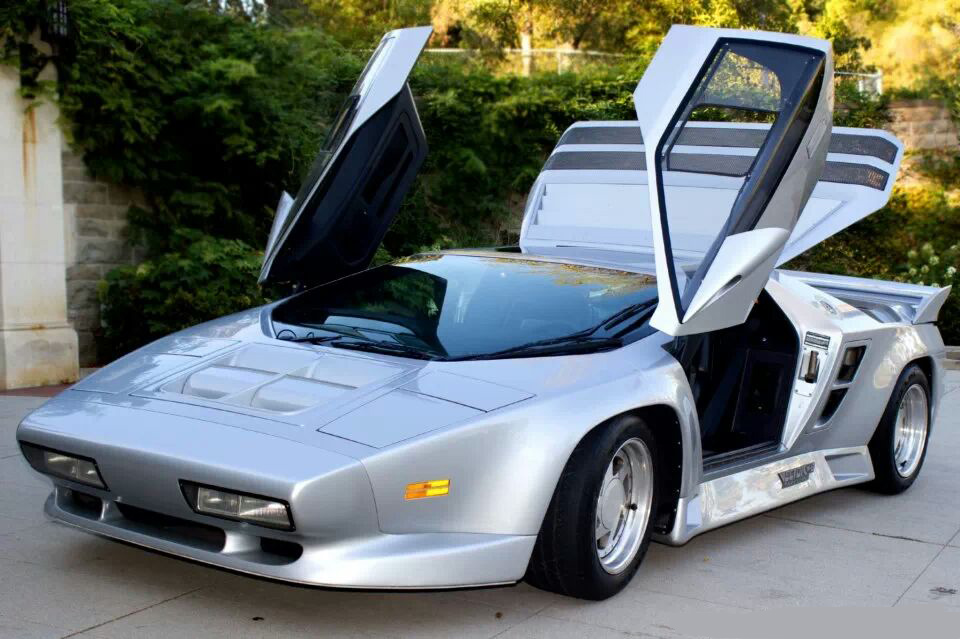 Speaking of the cars available at the auction, McCormick said they’ll range from MGBs to one of the 17 Vectors (see photo) .

“They’ve sold from $400,000 to $1 million,” he said of the Vector, which he added was the first car to reach 242 miles per  hour on the Salt Flats at Bonneville. “Our’s has done 2,000 miles and belongs to a Hollywood-type whose name we cannot divulge.”