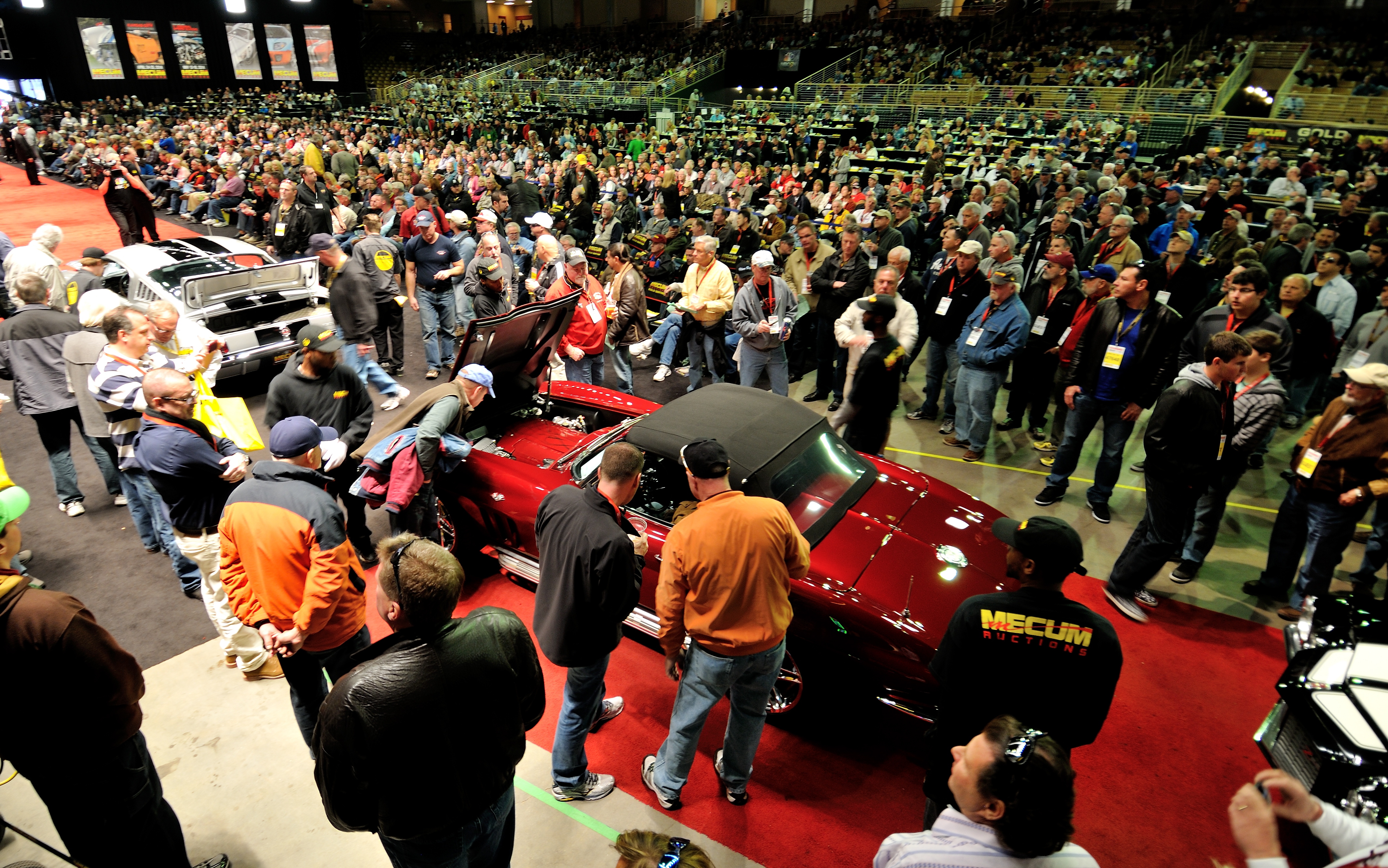 Mecum Kissimmee 2014 at a glance

If you watched the live NBC television coverage of Mecum’s marathon Kissimmee classic car auction, you saw the 1956 Chevrolet Corvette SR prototype known as the “Real McCoy” sell for some $2.3 million. But if you looked at the official top-10 sales posted at the conclusion of the auction, you likely wondered why a 1971 Plymouth Hemi ‘Cuda that sold for $560,000 was listed as the event’s high-dollar sale.

“The car (Corvette) crossed the block and sold on the telephone on live television,” said John Kraman, Mecum’s director of consignments. “We’d hoped for a little more, but the seller was OK with the amount.”

But not everyone was OK with the sale.

“We started to hear rumblings,” Kraman said, adding ,that it wasn’t until after the 10-day auction was over and he was back at Mecum headquarters in Wisconsin that he learned that parties had came forth saying that they owned parts used in the car’s restoration and therefore had a claim against the sale, which was called off.

What happens next is up to the seller and those contending ownership. “We’re just the intermediary,” Kraman said, adding that, fortunately, “nobody’s mad at us.”

Yes, he said, Mecum would have liked to add a couple million to the auction sales total of more than $63 million from the sale of 1,759 of the 2,750 vehicles that crossed the block. But while there may be some disappointment over what happened with the Real McCoy, Kraman said there’s no displeasure with the overall auction.

“It was immense,” he said. “It was so many people having such a good time over such a long length of time. People were there celebrating collector cars.”

Kraman said the first few days of the auction featured “affordable car after affordable car, sub-$10,000 cars.” Then came a day for what Mecum calls “road art” (automobilia) and then the higher-dollar cars filled out the rest of the 10-day schedule.

“A lot of people said, ‘You can’t do it. It’s too long, and competing with Scottsdale,’” he said. “But we had another amazing event. We had a great auction.”

Mecum’s eagerness to include so many entry-level cars “doesn’t make sense from a business standpoint,” Kraman said. “You want the most expensive cars you can because you’re working off a percentage.

“But we don’t look at it that way. Dana’s requirement is to inventory-manage properly, to have the right cars on the right days in the right time slots, and to build up gradually toward the climax.”

There’s a lot of interest in vintage pickup trucks and in four doors instead of just two.”

[/pullquote]Kraman noted that the sell-through rate on entry-level cars consistently ran more than 80 percent and topped 90 percent for long stretches of time.

“There’s a lot of interest in vintage pickup trucks and in four doors instead of just two,” he said. “Those were about half the entry-level docket.”

Another big group, he said, was that of late-model European luxury cars, especially 1970s and 1980s Mercedes-Benz sports cars, the “SL series.”

Who buys them? “There are three different buyers,” Kraman said. “There are (classic car) dealers buying cars. There are collectors coming to buy two, three or maybe five or six cars who might see a $6,000 ’79 SL as a summer driver in addition to the $200,000 Boss 429 Mustang they’re also buying. And there are people who come to buy a specific car, a car they’ve always wanted.”

Kraman said Kissimmee clarified a couple of trends he’s seen developing, both at Mecum auctions and during his recent visit to Scottsdale and other venues: the popularity of 1950s pickup trucks, either restored to stock condition or customized, and a fast-growing demand for 1970s Pontiac Trans Ams.

Prices also were very strong for Corvettes. Had the event been a Corvette-only auction, it still would have generated $11.89 million from the sale of 232 of the Chevrolet sports cars. Several of those cars came from the Vance Shappley Collection, including a 1969 L88 convertible, a ’63 Z06 “tanker” and a ’64 “big tank” coupe (see chart below for details).

Two other Corvettes also were among the top-10 high-dollar sales.

Ford Mustangs were strong, with more than 120 selling for nearly $5 million.