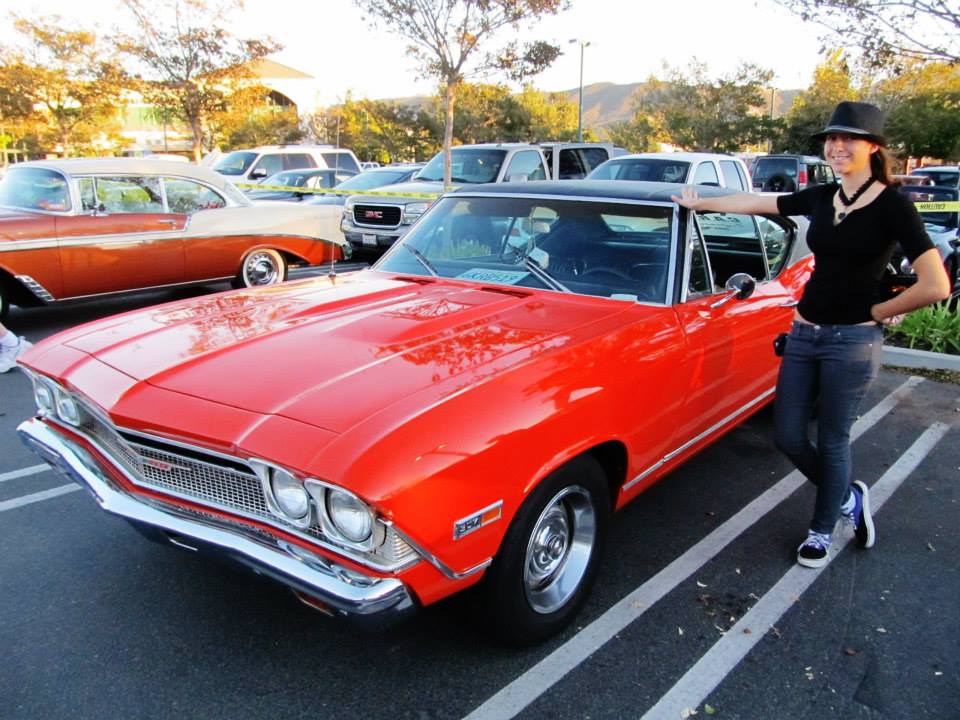 I may be a girl, I may be 19, but I have the most badass car a girl my age could own. I own a 1968 Chevy Chevelle Concours. It’s an automatic with a 307 cubic inch. It’s not a big motor but it’s estimated it has about 200 horsepower, which is better then any of my friends’ Toyotas or Hondas.

I got it from Quartz Hill by Palmdale, Calif., when it was a “junker.” On blocks, with more dents then you could count and a hole in the roof and animals living inside it and no engine. The guy was just selling it for some money for his son’s college education.

I saw it and I fell in love.

It was a fixer upper, but being my dad was a mechanic and I was 14 and ready to work.

Me, my dad and the whole neighborhood spent hours well into the nights and every weekend building it. I had a vision. It would be the Tigger Car Part II, a tribute to what my mom drove when I was younger, a 1972 orange Chevelle with black SS stripes dubbed the Tigger Car after the cartoon tiger in Winnie the Pooh.

Of course it didn’t turn out exactly like that, but it turned out great!

I was 15 1/2 when we took the car down to its first show. I was in young rodders category at a local show. While the car barely ran and had no paint or interior done on balding tires, I won first place.

Two years later I sent it off for paint, coming back a bright hugger orange and a vinyl top with no dents and beautiful.

We continued to fix it and when I turned 17 I drove it for the first time. It was amazing! I took that car around the block by myself and I saw how much work and effort everyone put into it and I loved it.

What really touches me is that I can drive my car anywhere now and be reminded that this may be my car, but honestly it’s everyone’s car. My dad and his friends and the whole neighborhood, we’re all one big family and almost every part came from one of them. I wouldn’t be anywhere if I didn’t have my “car family,” which is really what classic cars build, not a car but a memento and a tribute to the love and strength of a family.

Not just your own either, but anyone who got their hands dirty. It doesn’t matter how much drama happens in life, because I know that in the heart and soul of my car, I have a family.