Vroooom! Historic racers don’t have to keep quiet at the Simeone museum

The inscription above the entrance to the Simeone Foundation Automotive Museum in Philadelphia reads: “The first race was conceived when the second car was built.”

Inside, the museum showcases one of the greatest collections of racing sports cars in the world. Assembled over a span of 50 years by renowned neurosurgeon Dr. Frederick Simeone, the museum contains more than 60 of the rarest racing cars ever built.

The quality of the collection is so outstanding that the Simeone recently was honored as museum of the year by the International Historic Motoring Awards.

The collection comprises sports cars with fenders and lights and bodywork that fully encloses the chassis. For the most part, the cars are two-seaters. 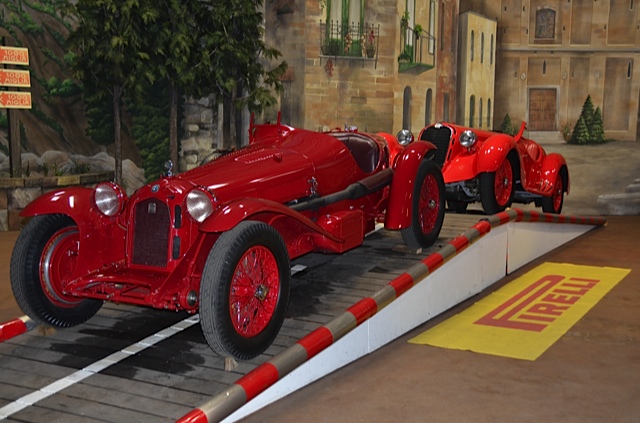 The cars are displayed in dioramas that represent the famous venues where these cars actually competed. The displays also illustrate the development of sports car road racing, here in the U.S. and internationally.

A unique feature of the Simeone is that the cars get driven. Once each month, visitors are treated to a specific lecture program that includes cars being driven by Simeone and museum curator Kevin Kelly around a paved, three-acre parcel in the rear of the museum.

Demonstration Days take place on the fourth Saturday of each month and are specifically themed to present a selection of three or four different cars that perhaps competed against each other.

Because the Simeone has had enormous success with its monthly Demonstration Days, it has expanded its schedule for 2014, adding a “Racing Legends” series at noon on the second Saturday of each month. 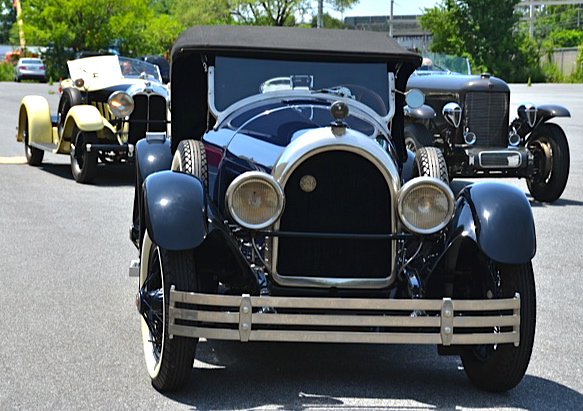 These events will be more technical in nature and will feature a lecture on the designated topic for that day. Cars from the collection, and from other collections, will be used to illustrate the presentation. Afterward, one or more of the cars will be demonstrated, weather permitting.

It is noteworthy that these vintage racers don’t run on today’s low-octane unleaded fuel. Sunoco is the fuel sponsor for the museum and provides high-octane aviation fuel to allow proper operation of the racers.

The Simeone also has a mobile phone app featuring more than four hours of audio about the cars and exhibits in the collection. Fred Simeone narrates the tour, which includes fascinating details about the history and the significance of each car.

The mobile app includes 86 stops on the tour, each accompanied by a photo of the car or venue, and a brief text description. The audio length varies for each stop, but averages several minutes.

The mobile app is free and is available for either Andriod phones or iPhones). To find the app, search the appropriate store for “Simeone Museum.”

Among other recent events, three-time Le Mans winner Hurley Haywood received the 2013 Spirit of Competition Award last November at a gala fundraising dinner at the Simeone Museum. The award is given annually to a person who exemplifies the “spirit of competition.” 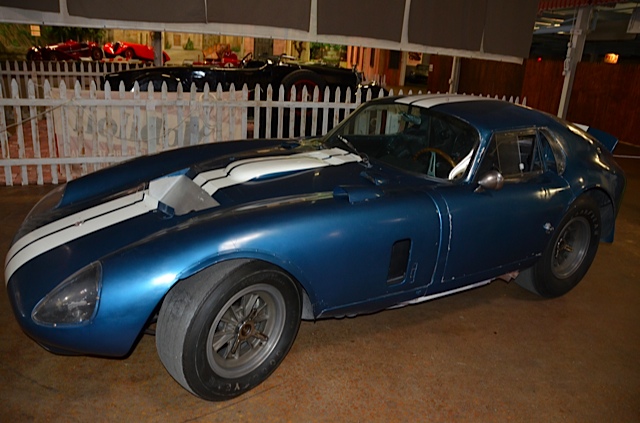 Most recently, the Library of Congress has launched a national registry of historically significant vehicles, each of them certified by The Department of the Interior through collaboration with the Historical Vehicle Association. The first vehicle to be entered onto the registry is a 1964 Shelby Daytona Coupe — CSX2287 — one of six such race cars produced by Carol Shelby to take on Ferrari in the global GT racing series. The honored  Shelby Daytona Coupe (see photo)  is owned by the Simeone Foundation Automotive Museum.

To start planning your road trip to Philadelphia, visit  www.simeonemuseum.org. The museum is located not far from I-95.