Finally! ‘Reality’ TV promises to get real about classic cars as Corky hits the backroads 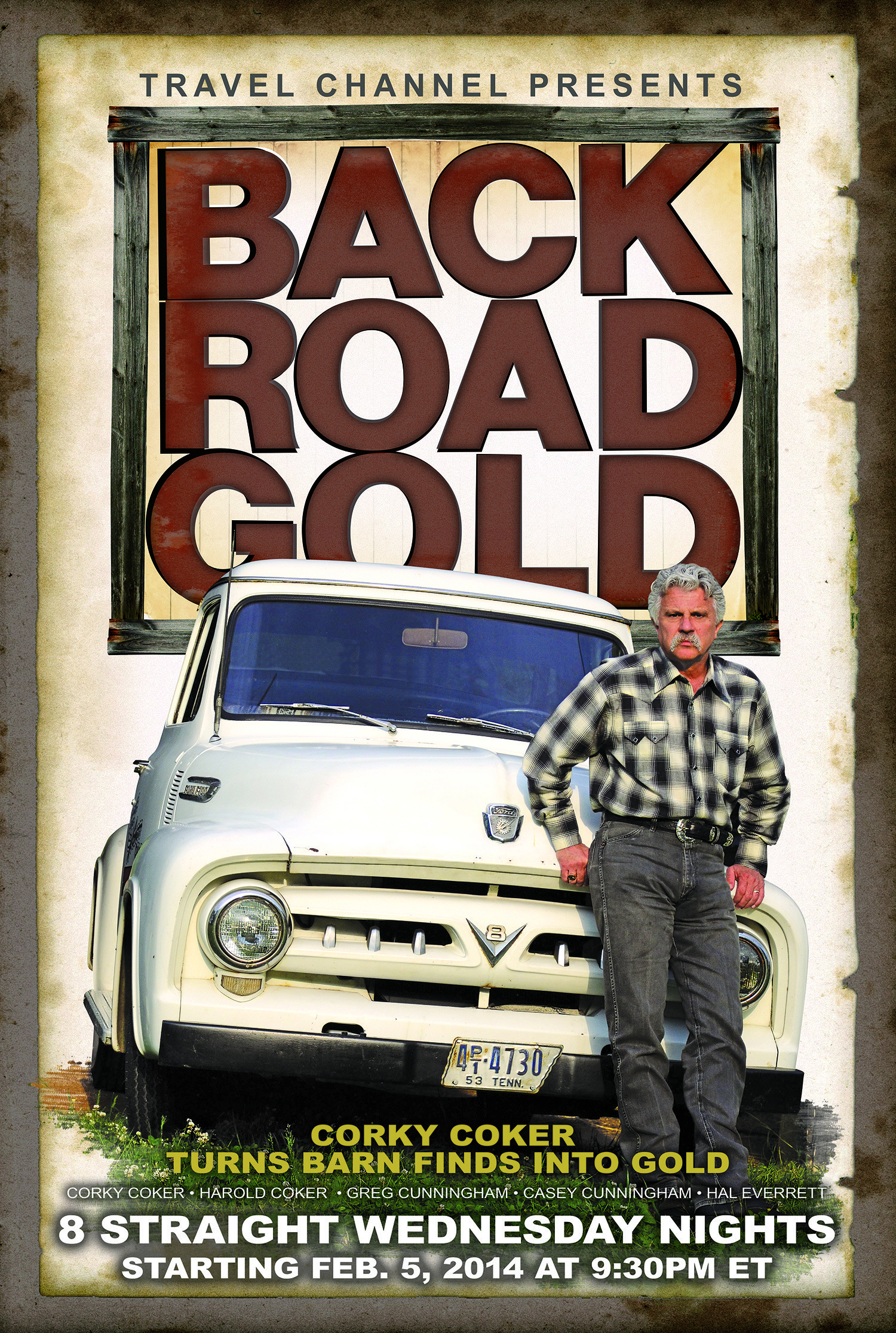 Like me, are you appalled, even downright angry about the way television portrays the classic car hobby?

Click on your big screen and start surfing the channels and before long what you’ll see is someone buying a classic car as cheaply as possible, hauling it back to their shop, slapping on some paint, doing minimal mechanical and interior work, and then flipping the thing with one goal in mind — maximized profit.

Sure, everyone likes to make a profit when they sell something. But the classic car hobbyists I know are in this because they love the cars — and the search for the cars — and they love restoring and even maintaining them, getting them running again and looking great. For the most part, they sell them with a degree of reluctance, often only so they can begin the pursuit of their next project.

The find-fix-flip format we see on so many of the classic car “reality” television programs is the polar opposite of what I see when I look at the classic car hobby.  I get more than irritated when I see such shows, and I rarely watch them for more than a few minutes.

But that will change very soon, because I plan to tune in for the debut of Backroad Gold, Corky Coker’s new show.

From what Corky has shared with me, his show sounds like the classic car version of American Pickers, which is less about buying and selling than it is about educating us to America’s antiques and introducing us to the characters who have been caretakers to artifacts of our historic heritage.

Backroad Gold debuts February 5 — and then runs for at least eight more episodes — on the Travel channel. The program follows Coker and company as they search for cars, motorcycles, old gasoline pumps, road signs and such.

Why am I optimistic about Backroad Gold? Because of Corky, who is about as genuine a classic car hobbyist as you’re ever likely to find. Oh, sure, he’s also part of what I call the classic car industry, the auction houses, insurers, transportation providers and parts producers who supply the things that classic car hobbyists need and buy to pursue the hobby. In Corky’s case, those things are Coker Tires, tires that offer the look of vintage rubber but that also provide the safety and engineering advances of modern tire technology.

But that’s just Corky’s day job. His passion is finding, restoring and driving old cars and motorcycles, and being an evangelist for the hobby.

When The Great Race, the annual cross-country rally for classic cars, appeared to be faltering, Corky bought it, pumped it up and put it back on solid footing. He resurrected the famed Honest Charley Speed Shop & Garage. He helped launch the Collectors Foundation that supports car restoration education in high schools and colleges.

“I grew up in the back seat of a 1910 REO,” he says of riding along with his mom and dad on the old Glidden Tours.

On the new television show, Corky hits the backroads in pursuit of more than just neglected classics. Corky is a car guy, but also a people person, and part of his mission is to introduce the world to what he calls the real Americans.

“The real people of America are on the backroads,” he said, sharing just one example we’ll see on the show — twin 78-year-old brothers who have protected a V12-powered 1934 Pierce-Arrow sedan in their dairy barn for more than 40 years.

As for the cars he finds and is able to buy, “We’re able to restore them and put them back into play,” he said.

The “we” he mentions includes Corky; his father, Harold; his daughter, Casey; her husband, Greg; and Hal, the “head wrench” back in the shop.

Casey said that throughout her life, her dad has been “bringing home all this weird crap.

“I see labor and man hours and cost,” she added. “He sees a jewel.”

Corky’s personality isn’t the only thing that promises to separate his show from the others. For one thing, he’s playing with his own money, not with funding provided by a television production company. For another, instead of flipping the cars once they’re restored, Corky’s tendency, and perhaps his lament, is to keep them because parting with them would be painful.

As I said, this is a real car guy.