‘Year at a Glance’ provides a fresh perspective 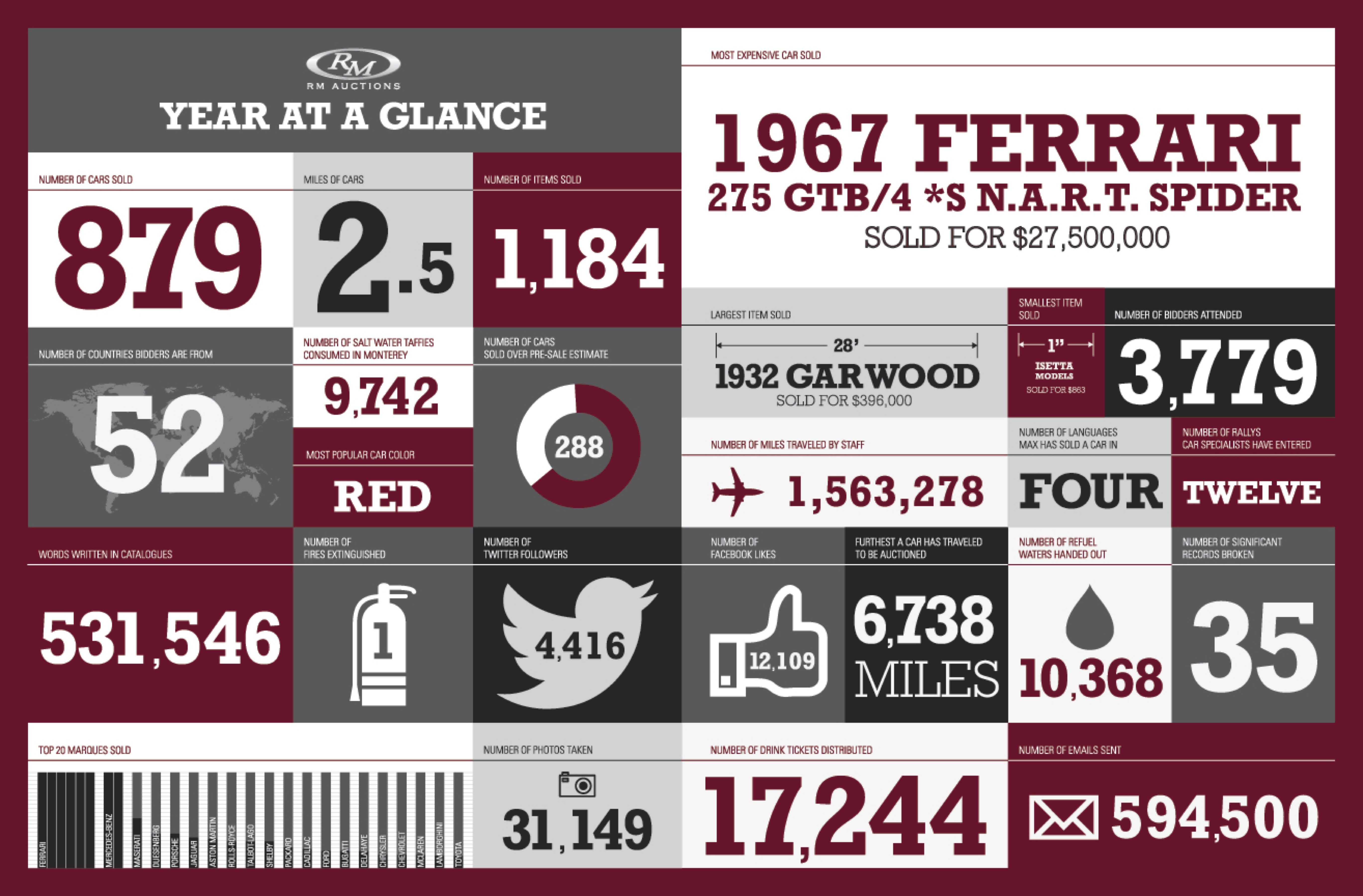 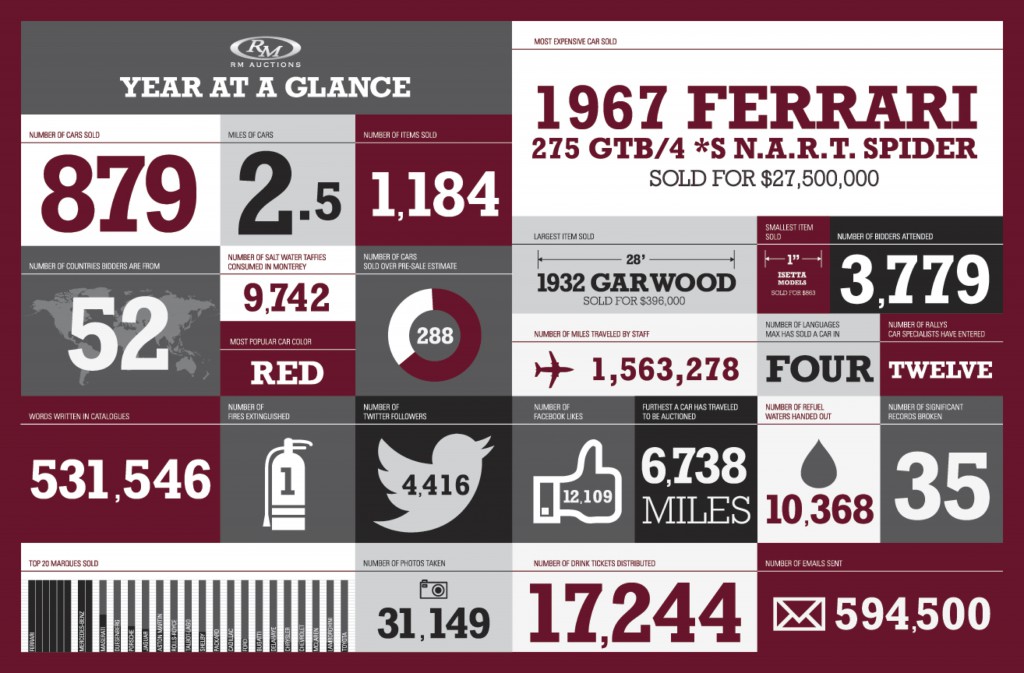 Believe it or not, the first hammer of the first sale at the first auction of 2014 falls sometime today, at Dave Rupp’s Fort Lauderdale Beach sale in Florida.

But as the auction action starts anew in a new year, it can be entertaining if not enlightening to take a quick look back at one interesting snapshot of 2013. That snapshot comes in the form of a delightful “Year at a Glance” chart put together by the folks at RM Auctions.

Note: This chart involves only those auctions organized by RM. Nonetheless, it offers a perspective on the classic car hobby and industry that’s noteworthy — and then some.

For example, if you parked nose to tail all of the 879 vehicles sold last year by RM — and those 879 vehicles include a 1932 Garwood boat that was 28 feet in length — they’d form a single line 2.5 miles long.

Of those 879 vehicles, 288 — nearly one out of three — sold for more than their pre-sale estimates.

Bidding on cars and automobilia at RM sales was done by 3,779 people from 52 countries, which makes it a good thing that RM auctioneer Max Girado not only speaks English but is fluent in French, Spanish and Italian as well.

By the way, Girado also is an RM car specialist, which means he not only knows about cars, but he drives them, and drives them passionately. Last year, RM staffers participated in a dozen classic car rallies.

To get to those rallies and to vintage races and to their various auctions last year, RM staffers flew more than 1.5 million miles.

Speaking of miles, the longest distance a car traveled to be auctioned by RM was 6,738 miles. Based on restrictions imposed by classic car insurers, we’re guessing that car was flown, not driven, from its garage to the auction venue.

What was the most popular color among the 879 vehicles sold last year by RM? Red.

But that probably comes as no surprise if you look at what appears to be a bar code in the lower lefthand corner of the chart and realize that those bars represent the sales for 2013 by marque (based on dollars, not number of vehicles). By far the brand generating the most dollars/euros/pounds was Ferrari, followed by Mercedes-Benz, Maserati, Duesenberg and Porsche.

So, those are my reactions to the RM chart. What about it caught your eye? And who out there volunteers to produce a similar chart at the end of 2014 rounding up not just one auction company’s results but all the classic car auctions?