800-plus cross the block at Mecum’s Anaheim auction 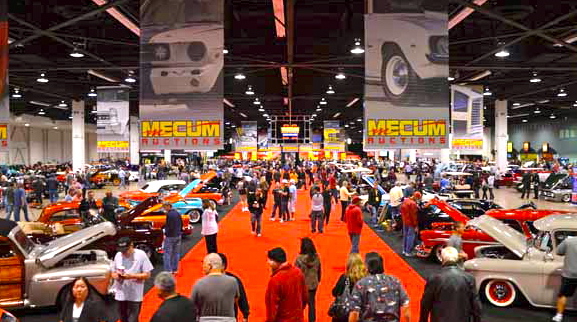 The folks at Mecum Auctions anticipated 750 vehicles would cross the block at their second annual autumn event in the Anaheim Convention Center, but “consignments came in droves” and bids were accepted on 812 vehicles.

Seems, however, that sellers were more eager than buyers, because only 412 of those vehicles sold, though for nearly $14 million.

Mecum ends its 2013 auction year December 5-7 at Kansas City, and then launches its 2014 calendar with a motorcycle auction January 9-11 at Las Vegas, followed by its huge — some 3,000 vehicles huge — sale January 17-26 at Kissimmee, Florida.