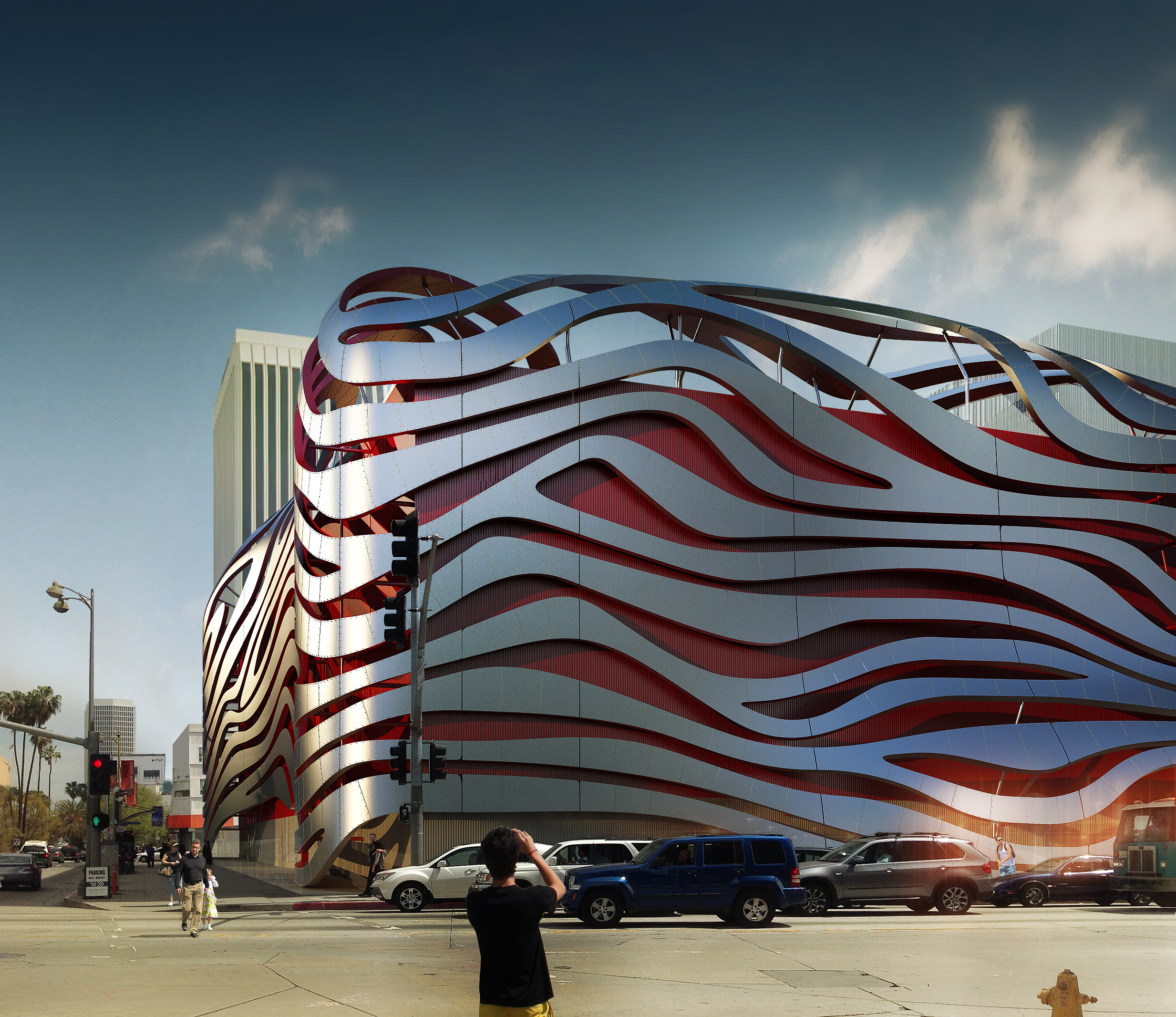 We’ll get to the results of the auctions and other action on the Monterey Peninsula in a moment, but first, an update on the plans for the Petersen Automotive Museum, which is not going all French cars and Art Deco on us (as has been reported elsewhere).

As we reported and as the Petersen confirmed at a press briefing at Monterey, the museum plans to celebrate its 20th anniversary in 2014 with “a complete exterior transformation and a dynamic redesign of the interior, resulting in a world class museum that will showcase the art, experience, culture and heritage of the automobile. Displays will feature the prominence of the automobile in Southern California, as well as cars, trucks and motorcycles from around the world. In addition to the facility upgrade, the new Petersen will feature a refined and upgraded permanent collection and an expansion of rotating displays, galleries, technology and story-telling, providing visitors with fresh, new experiences throughout the year.”

Further, “The L.A. cultural landmark will showcase Southern California’s rich automotive heritage and will serve as a gateway to the city’s “Museum Row.”

Money generated by selling off a bunch of cars that had been taking up room in the museum’s parking garage and basement, as well as a few true classics, will be used to upgrade and update the displays. A separate fund-raising effort has begun to pay for the architectural alterations.

The goal is to transform the museum’s exterior into “one of the most significant and unforgettable structures in Los Angeles,” with ribbons of stainless steel — designed to evoke the imagery of speed and the organic curves of coach-built cars — wrapped around and over a deep red building. As you can see from the photograph of the proposed interior, the theme will carry into the building as well.

“Our plan is to work with the best and brightest minds in architecture, automotive history and interactive design to give the people of Los Angeles and the world a place where they can be immersed in the culture, sights and sounds of the greatest vehicles ever built,” said museum chairman Peter Mullin.

Those changes, plus the addition of 15,000 square feet of display space, are designed not only to appeal to first-time visitors, but to draw people back for repeated visits.