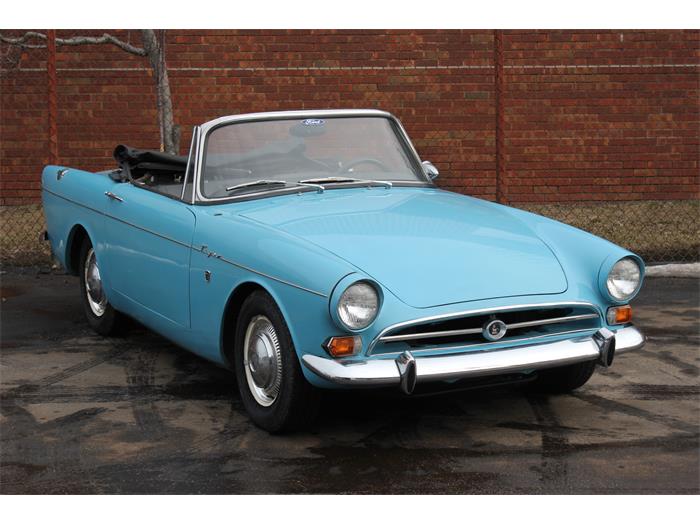 The 1964 through 1967 Sunbeam Tiger, of the Rootes Group from England, was considered by some to be a mini Shelby Cobra because of its similar power-to-weight ratio, as well as the involvement of none other than, the now-infamous, Carroll Shelby himself. Actually, several key players were involved with its concept, design and eventual addition to the small Sunbeam lineup of vehicle models.

See all Sunbeam Tigers for sale

Ian Garrad (U.S. West Coast Sales Manager for the Rootes Group), Walter McKenzie (U.S. Western Region Service Manager for Rootes Group), a young, but already proven, Carroll Shelby and Ken Miles (a successful race driver and fabricator who would end up working for Carroll Shelby) were just some of the people involved in the project to make a better, faster, more powerful driving machine out of the already existing, but docile Sunbeam Alpine 2-seater convertible sports car. It was equipped with a barely adequate, but dependable, small displacement four-cylinder engine.

Carroll Shelby (and his team) quickly went to work on the redesign of the little Alpine (code named the “Thunderbolt” project).  With the installation of the 4.3L, 260-cid, 164hp V8 engine, borrowed from Ford Motor Company’s popular Falcon model, they had modified an Alpine into what would be an exhilarating-to-drive, great-looking little sports car. Shelby and his team set the 260-cid Ford V8 as far back as possible in the engine compartment (by slightly modifying the firewall) for better weight distribution and modified the transmission tunnel to accept the four-speed manual transmission. They also used a more responsive, and favorable, rack-and-pinion steering gear in place of the recirculating-ball type used on the Alpine models. The chassis was strengthened and tweaked to accommodate the nearly twice as powerful V8 engine and of course, to improve the overall handling of the little beast.

This prototype was tested and refined extensively. It was sent to England where further exhaustive testing was performed and it passed with flying colors. It was rushed into production to be introduced as a new model for 1964 (this original Shelby prototype, as well as the one done by Ken Miles both still exist, intact today). The Sunbeam Tiger (and even the Alpine model) was a bit more refined than its contemporaries from the other, more famous British marks and sold well in the U.S. due to the more powerful and “American-made” V8.

Unfortunately, however, just as it was gaining popularity in every marketplace, trouble was brewing inside the Rootes group.  The Chrysler Corporation ended up buying a majority stake in the struggling firm. Since Chrysler had no V8 engine that would readily fit the small 2-seater it was unceremoniously cancelled in 1967 with just over 7,000 units being produced in the four years it was offered. Such a shame, as the little Tiger was progressing along each year with upgrades and modernization which had set it apart from other British competition and was even considered a poor man’s alternative to the Chevrolet Corvette.

The Sunbeam Tiger was a two-door, two-seat, convertible roadster (sport scar), with an all-steel uni-body, weighing just over 2,600 pounds with an 86-inch wheelbase. Its overall length was a short 158 inches, overall height of 51.5 inches and 60.5 inches wide with a front-engine, rear-wheel drive and four-speed manual transmission. It had disc brakes in front and drums in the rear with independent front suspension set on coil springs while the rear was semi-elliptical dual leaf springs. They performed well while driving but made the car suffer a bit from wheel-hop, which resulted in poor of-the-line traction.

It was a great little car to drive.  The Sunbeam was always turning heads whenever it made an appearance, especially when driven (actually an Alpine) by James Bond in Dr. No (as the first-ever “Bond” car) in 1962 and later (a 1964 Sunbeam Tiger) by the hilariously bungling, secret agent Maxwell Smart (Agent 86) on the 60’s hit TV series “Get Smart”.

Find a classic Sunbeam Tiger that you love!