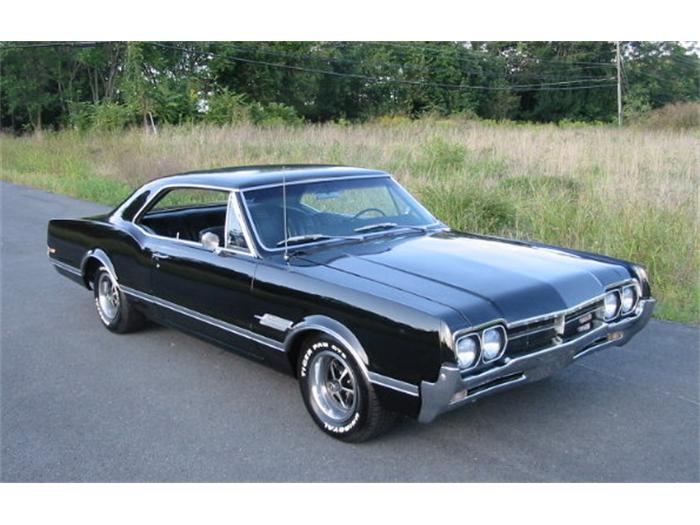 The Oldsmobile (a Division of General Motors) answer to the Musclecar craze that began in 1964, was the F-85/Cutlass “4-4-2” mid-sized model. “4-4-2” initially stood for a special option package of their F-85/Cutlass mid-sized models, which came equipped with a four-barrel carburetor, four-speed manual transmission (or four-on-the-floor) with dual exhaust from the factory.

See all Oldsmobile 442s for sale

For the “4-4-2” units produced with an automatic transmission, the first “4” stood for 400-cid, V8 (which was the base engine supplied); the second “4” stood for four-barrel carburetor and again, the “2” stood for dual exhaust. By 1968, the  “4-4-2” was flying solo as its own distinct model, which would continue through the 1971 year models. After that, it would revert back to an option of the Cutlass models and carry on through the mid-70’s.  The “4-4-2” option/model/badging would reappear several times after that, through the 80’s and into the 90’s, but did not necessarily designate a four-barrel, four-speed with dual exhaust.

The performance specifications on the most powerful of all the “4-4-2” models was the “Hurst/Olds 4-4-2”, with a 455-cid Big-Block V-8, producing 380 hp, and was stated to reach 0-60 mph in 5.9 seconds. A 1/4-mile run was clocked at approximately 103 mph in 14.03 seconds. Not bad for a box stock, factory issued, hulk of a car that possessed pure performance, coupled with awesome handling for a vehicle of its size.

Find a classic Oldsmobile 442 that you love!