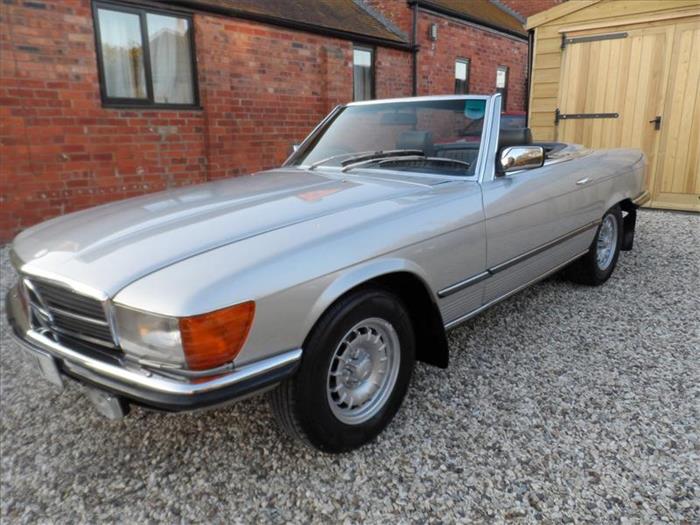 The Mercedes-Benz SL series began its production run way back in 1954 (actually the series began in 1952, but as a racing version only) and continues through today. The period we are concentrating on here, was produced from April 1971 (1972 introduction in the U.S.) through mid year 1989, which was the longest run in the series to remain basically unchanged throughout the length of its production.

See all Mecedes-Benz 350SLs for sale

The SL stood for “Sport Leicht” in German, which translated to “Sport Light” in English. Although the original versions were actually, relatively light in weight, that was not necessarily true when they introduced the sporty and luxurious new SL version for 1972. It put on over 300 extra pounds in comparison to it’s predecessor and added many innovations including a new 3.5L, V8 (4.5L for U.S.) powerplant and all the creature comforts of a luxury car.

For 1972, Mercedes-Benz’s SL series would jump from a 2.8L straight, six cylinder engine and into a 4.5L, V8 engine (at least here in the U.S., mainly due to stricter U.S. emissions laws, in order that the car would have enough power to satisfy the American buyers). In fact, from 1972 to 1989 the SLs would have eight different engines (six V8’s, only three of which were used in U.S. models and 2 in-line six’s, none of which were used in U.S. models) available throughout the production run.

While the earliest versions of SL bodies were made of aluminum, all the 1972 through 1989 models were made of sheet metal and were comprised of a unibody construction. They were all a two-seater, soft-top convertible, with removable hardtop and optional rear foldable, “jump” seats. They also had disc brakes all the way around (and in 1980 they introduced the first car with electronic ABS brakes in the USA) and re-circulating ball type steering gears.

When it was introduced to the USA in 1972, the Mercedes-Benz SL models were very advanced, luxurious, sportscars directed at a specific upper-class market and they more than filled that niche and some 237,000 units were produced worldwide during the years of 1971 through 1989. It seemed, by the end of it’s run however, that the now 18 year old SL had lost it’s luster and was long overdue for a change. That dramatic change would come in a big way in 1990.