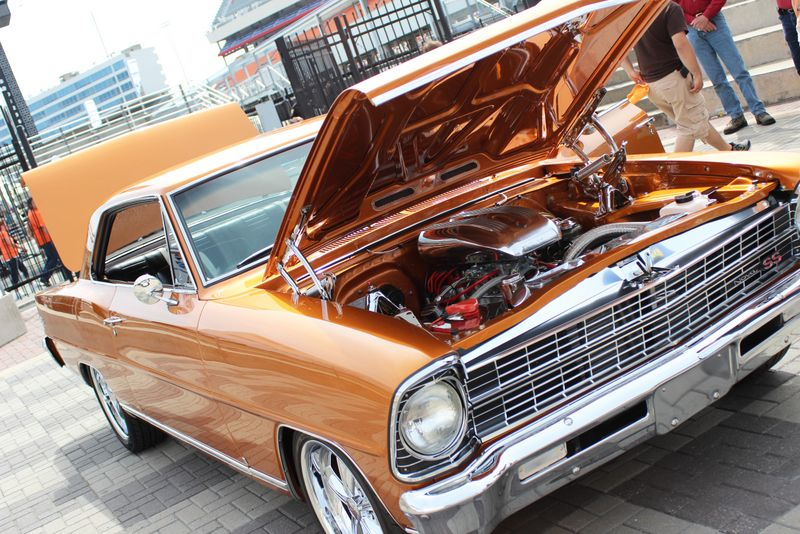 The project started with Brock helping a buddy restore his car, but Brock liked the Nova so much he decided not to just help with the restoration, but to take it over.

“He brought it by my house and that’s as far as it got,” Brock said. “I made it mine instead of his” in a restoration effort that consumed five years — and two paint colors.

Brock had the car painted gold, but decided he didn’t like it, so his wife, Mary, picked the fusion orange shade.

Each of the car clubs participating in the Food Lion AutoFair was judged individually, with a Best of Show picked for each club.