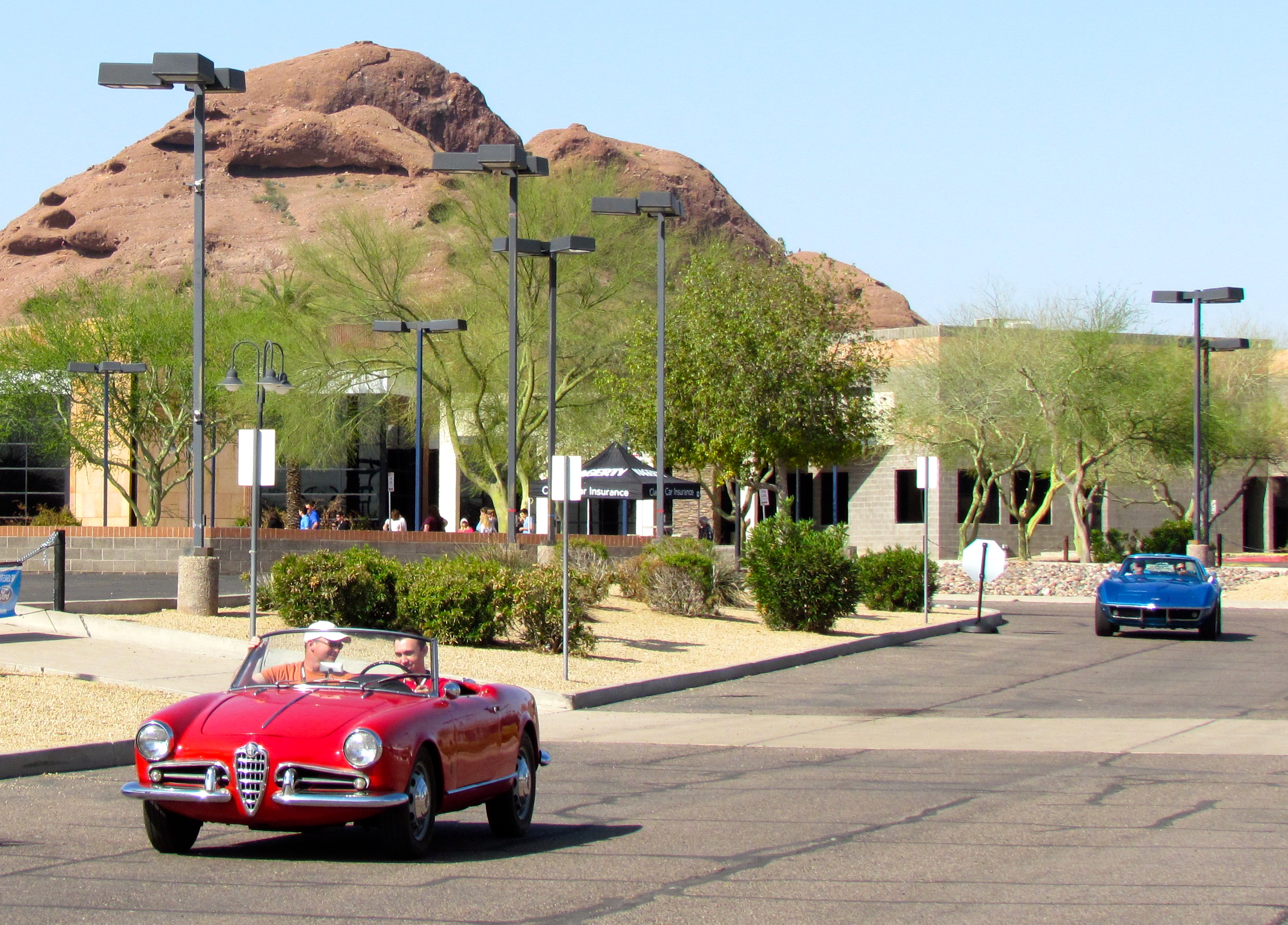 Scottsdale, Arizona – resident Jim Bauder admitted “a lot” of hesitation about turning over the driver’s seat in his immaculate 1958 Triumph TR250 to someone who never before had manipulated a manual transmission. But, Bauder said, “I taught my three children to drive a stick and had only one failure” — when his daughter burned up the clutch. Undaunted, Bauder fixed the car and his daughter tried again, and became so skilled at coordinating clutch pedal and shifter that she not only moved to San Francisco, but bought and drove a stick-shifted Honda Civic.

We share Bauder’s experience, and that of other Phoenix-area classic car owners who offered up their manually shifted cars — including a 1958 Alfa Romeo Giulietta Spyder Veloce, a 1969 Chevrolet Corvette Stingray and a 1960 Ford Galaxie — when Hagery Insurance called for cars and car owners to participate in the Hagerty Driving Experience, which the company says is “a rare opportunity to receive hands-on instruction on how to drive some of the most unique and iconic classic cars on the road.”

The program starts with classroom instruction and then moves outside for a lesson on routine vehicle maintenance — including checking air pressure and fluid levels — before anyone turns a wheel.

Hagerty launched the program to celebrate the inaugural Classic Car Appreciation Day in 2011. Hagerty makes arrangements to block off a section of private pavement — here in the Phoenix area, it was the driveways in front of the Scottsdale Automobile Museum. Hagerty staff provide classroom instruction and lunch.

In addition to clientele’s privately owned classics, the program has become supported by the Ford Motor Co., which provides some brand new cars for the youngsters to drive as well. Driving starts with the car owner or instructor at the wheel. After a couple of laps, instructor and student swap seats.

Yes, the students often chug the cars to a stall. But the car owners are impressively patient.

“He helped me a lot and was very supportive,” 17-year-old Paul Heinrich said after repeatedly stalling out Mark Esbenshade’s ’58 Alfa.

For his part, Esbenshade brushed off any strain on his car’s components. “Hey, somebody taught me to drive stick” he said.

Students and their parents offered various reasons for seeking such instruction, though only a few had manually shifted cars at home.

Dorrie Sibley said she brought her 16-year-old son, Breslin, because someday he might be out with friends who’ve been drinking and regardless of the vehicle they’re in, she wants her son to be ready to step in as designated driver and get everyone home safe and sound.

Hagerty has several more such sessions planned this year: April 13 at Houston, June 7 at Denver, July 12 in Orange County, Calif., Aug. 2 at Toronto and Sept. 21 at Las Vegas. If you get a call about offering up your car, please don’t hesitate to respond in the affirmative.