Take the bus… to Blytheville, Arkansas 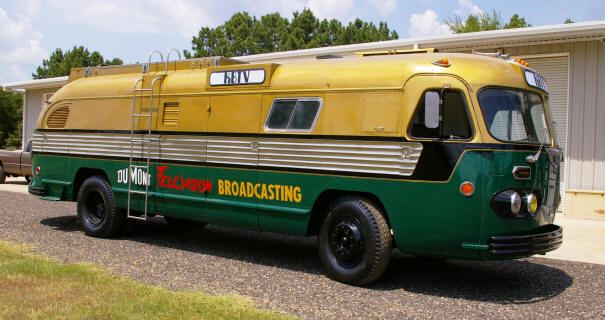 A national exhibition of antique buses and coaches converted into motor homes will be held April 4-6, 2013, at the historic Greyhound bus terminal in Blytheville, Arkansas. The event is called “Ghosts of Highway 61, Dixie Tour 2013.”

Among the coaches scheduled to participate is the recently restored 1949 Flxible DuMont Television “Telecruiser” that is believed to have been used as a mobile unit for ABC-affiliate KBTV Channel 8 of Dallas coverage of the assassination of President Kennedy in 1963.

For more information, see www.ghostsofhtehighway.com, from which we borrow the photo of the ’49 Flxible DuMont unit.

Jack Lewis has been racing at Daytona for 50 years